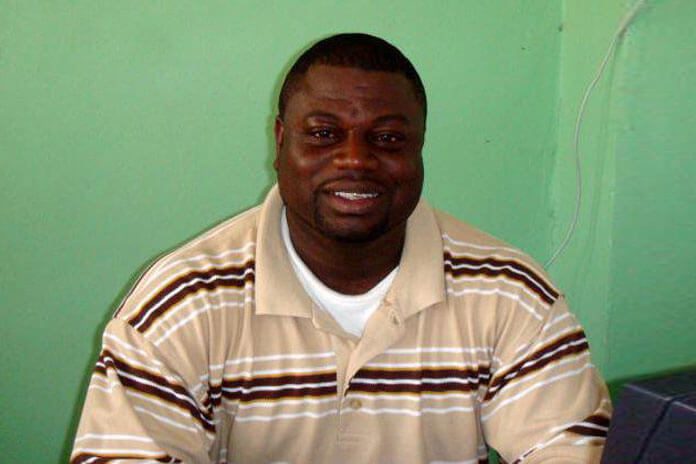 LADYVILLE, Belize District, Thurs. Nov. 14, 2019– Myron Martinez, 40, a driver for the Belize City branch of the Customs and Excise Department, who was the father of three children, died at the Karl Heusner Memorial Hospital (KHMH) yesterday of massive head injuries he suffered in a collision on the morning of Saturday, November 9, in Ladyville, after slamming into a trailer that was carrying a house.

Martinez suffered head and body injuries and was rushed to the KHMH in a critical condition. He fought for his life for 5 days in the hospital’s Intensive Care Unit, but died yesterday.

Martinez, who was a 24-year veteran soldier of the Belize Defence Force who retired last year and was employed with the Belize Port Authority, was driving from Belize City to Lords Bank, Ladyville, where he lives, when on his arrival in Ladyville in front of Loe’s Supermarket, he slammed into the trailer of a lowboy.

As a result, his vehicle was extensively damaged. Martinez, who was alone in the vehicle, had to be extracted out of the wreck by soldiers from the nearby Price Barracks. He was in an unconscious state when he was removed.

Martinez was rushed to the Karl Heusner Memorial Hospital, where he was admitted in a critical condition.

The driver of the lowboy was Athlee Gentle, 21, and the lowboy belongs to Caribbean Home Export. Gentle was detained and issued a Notice of Intended Prosecution (NIP). Since Martinez is now dead, Gentle can expect to be charged with more serious traffic offences.

Gentle told police that on his arrival in Ladyville, the top of the house clipped an electrical wire from a lamp post, causing some of the zinc roofing to be lifted, and as he stopped to clear the obstruction, a Mishibishi Montero (driven by Martinez) crashed into the trailer.