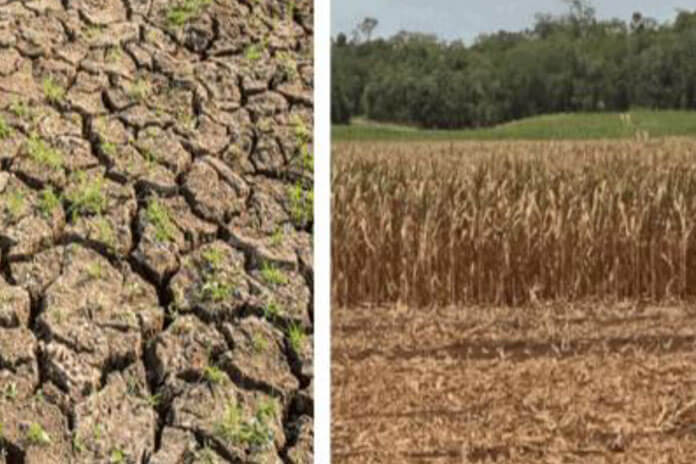 BELIZE CITY, Mon. Apr. 6, 2020– The National Meteorological Service (NMS) issued a release today warning that “the seasonal rainfall forecast for April to September 2020 is showing a probability of drier than usual conditions across much of the country.”

The driest conditions are expected over northern and central areas, while rainfall over the Stann Creek and Toledo district is expected to be normal to slightly below normal.

The Amandala, in an article dated Saturday, May 25, 2019, reported that: “Belize’s dry season for 2019 has been especially stifling and the northern and central districts have been taking the brunt of the heat.  The National Meteorological Service of Belize has verified that short term drought is likely to occur in the Corozal, Orange Walk, northern Cayo and Northern Belize districts.”

“Already in southwestern Corozal, the severe weather conditions have caused the Sapote Lagoon to completely dry up. Not only was the lagoon used for recreation, but villagers relied on it as a source of lower level commercial and subsistence fishing,” the article said.

In September, Amandala headlined a report, “Polluted New River forces school’s closure.” The story said that “For several weeks now, as the country continues to be affected by a severe drought, attention has been focused on the New River, which has become loaded with chemicals and pollutants that have caused tons of fish to die, leaving a putrid smell around various areas of the river in the Orange Walk District … The pollution in the New River continues to be an economic nightmare in the Orange Walk District, where the residents depend on the river for their very livelihood. The tourism industry has taken a major hit because of the polluted state of the river. Things have reached the point where businesses have begun to downsize their staff… La Inmaculada Primary School, located near the banks of the river, had to close its doors during this first week of the new school year. The school was forced to close because the stench emanating from the river became unbearable for the students. The Orange Walk Town Council provided masks for the students, but that proved not to be enough for them to continue in classes.”

That was the drought picture last year.

The NMS warning this year is that because the El Nino Southern Oscillation (ENSO) “is expected to remain in a neutral phase for the coming months… this creates greater uncertainty in the seasonal forecasts.”

“The NMS calls for water conservation at all levels and advises farmers and ranchers to take the necessary precautions for minimizing losses of crops and livestock…” said the release.

Feature photo: Dried-up ground and dried-up sugarcane in the north (2019)

Facebook
Twitter
Pinterest
WhatsApp
Print
Previous articleBecause of the COVID-19 crisis, the US will be weakened as the global hegemony
Next articleThe battle for our health