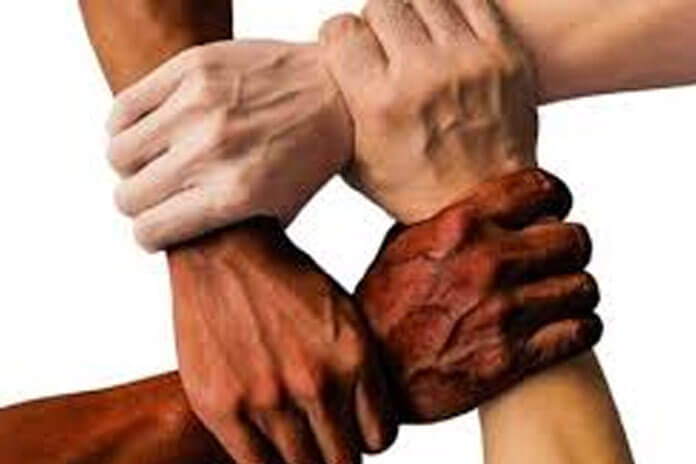 All the BS that is happening in America in this first quarter of the 21st century can be traced to every African who connived over four centuries ago with Arab and Fulani slave-catchers and middlemen to SELL for a mess of potage other Africans, first to the Arabs, and years later to white hustlers and adventurers. Africans do not teach this sordid aspect of their history to their children, so there is a vast ignorance, if not confusion, among Africans on the continent regarding why the entire world perceives the Black man’s place as being permanently on the lowest rung of the global ladder.

Even  among the continent’s famed griots there is resounding silence and a void, because there is no recounting of this period of Africa’s past. It is as if the millions who were kidnapped, taken as prisoners of war, sent permanently away to a place of no return, because they either challenged or threatened the corrupt and arid status quo of the continent’s political and military elite, had never lived, had never existed. But we do know that those who were sold into slavery were the young, the fit, the fertile and the intelligent. No one who was old, sick, blind or insane was considered good cargo.

Indeed, Africans generally have no sense of guilt and shame, or the need to pay penance for sins which, though committed and recorded hundreds of years ago, still reverberate with all people of African descent. And this is so, no matter where a Black man and woman go, or how famous they become as individuals. Joseph’s brothers sold him into slavery and they were repentant for the crime they had committed. Hence, that sin was blotted out. This has not happened in Africa, despite the hiatus of over four centuries.

It is possible that is the reason why Africa today is the mess it is, a basket case, misgoverned, mistreated, looted and lied to by every despicable creature to ever come to power on the continent. The explanation for it may be Karma. Although Africa is the world’s richest continent in every possible God-given gift, contained in it are the poorest, and some of the most unthinking and quarrelsome people on  planet Earth. That is why the Arabs, the Europeans, the Americans and the most recent marauders — the Chinese — have raped, pillaged, divided and continue to control Africa. And the day is fast approaching when the original inhabitants may be either absorbed, driven away or exterminated and replaced with strangers!

Until Africa is FREE and can take its place as an EQUAL in the comity of the nations of this world, no Black man or woman will be ever respected EXACTLY as a WHITE or a CHINESE  person is. Today, these two are the ethnic groups that are on the highest rungs of the global economic, political, technological, social and racial ladder.

In 1982, I attended a prestigious media conference in Washington DC, which was hosted by the crème de la crème of the female wing of the American media. When the head of the three-member Chinese delegation got up to speak against some recommendations made by the American and British delegations, I could sense the veiled derision and ridicule which greeted her comments by most of the white journalists there. The delegations from Latin America and Southeast Asia dutifully joined in to add to the Chinese discomfiture. I was silent, but could not help admiring the Chinese in their persistence to get their recommendations accepted. While everyone listened respectfully to the delegation from the Balkan states, which were not yet freed from Russian domination, the Chinese were the unwelcome Cinderellas of that conference.

This is now 2020. A lot has happened to China since then. The Chinese are big global players now, and Americans can no longer shut them up or contain them. As for the British and the Europeans, they are now facing the obvious fact that the sun sets in the West. There is now a Chinese Renaissance, and we are living in the Chinese Decade, if not beyond, as their view of history is relentlessly long. Despite America’s advantageous militarism, which paradoxically does not make it win wars, the Chinese and their money, along with their technological innovations, make Europe and America look like 20th century have-beens.

Now, with their ubiquitous and pervasive influence in South America, Central America, the entire South China Sea arena, Asia, Australia, Europe, even North America and throughout Africa — all this now demands respect.

Respect is always earned and cannot be given, if undeserved.

No Black man, even if he becomes the President of the US (as we have seen) or the greatest scientist, inventor or artist in the world, will be TRULY and FULLY respected  if Africa  — the original home of ALL Black people (irrespective of how much or how little Black blood flows in their veins) — is not respected.

At best, he or she will be patronised, tolerated, and even treated with some measure of civility, at least in front of his or her face, until they are of no further utility.

So, until Africa is free and acts and is seen to be free, the Black race is forever doomed. And Black people as a whole will continue to experience discrimination and racism everywhere. And Black individuals will continuously have their identity challenged in subtle and not too subtle ways, once they step out of their homes, irrespective of where they go.

(Thérèse Belisle-Nweke is a Belizean who has lived and worked in Africa for almost half a century.)