Opposition leader says AG could “Bring it on!” 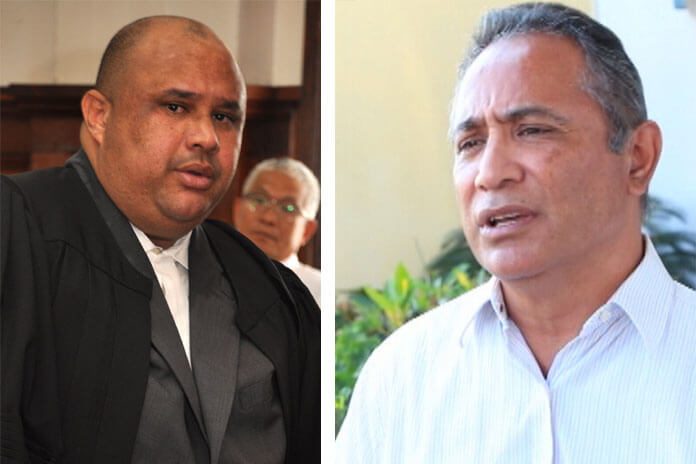 AG Michael Peyrefitte gave Leader of the Opposition John Briceño 24 hours to bring proof of his charge that corrupt officials facilitate drug plane landings or be called a “liar!”

Hon. Briceño also stated: “There was also a complete failure to seriously address drug-related crimes with an unprecedented number of drug planes landing. We have credible information which confirms that these illegal landings were being facilitated by corruption in the highest level of the UDP government.”

Peyrefitte, in his capacity as the government’s chief legal officer, challenged the PUP leader to bring the evidence and warned him that if he failed to do so he could be subject to a libel and slander action.

Attorney General Peyrefitte said that he is giving the Leader of the Opposition 24 hours to bring proof of what he has asserted. If he does not bring the proof, AG Peyrefitte is prepared to label him “a liar.”

The Attorney General, however, stopped short of saying what he would do if he was to be given the information that high-level government officials are facilitating drug plane landings, or what kind of protection the government would extend to Hon. Briceño, after he is debriefed.

Peyrefitte added, “If he doesn’t provide that information then I have to call him a liar and I will have to say that you cannot believe a word this man says if he’s going to say something like that and not produce the evidence. You are casting aspersions on a number of different people who are for sure not involved in any illegal activity. So for you to paint the senior officials in the UDP with that broad brush, without any evidence at all, that is just outrageous.”

When we spoke to Hon. Briceño today, Monday, January 6, we asked him for his reaction to what Attorney General Peyrefitte said.

We asked Hon. Briceño what he thinks about AG Peyrefitte’s assertion that he is exposing himself to libel or slander.

“He could bring it on,” Hon. Briceño replied.