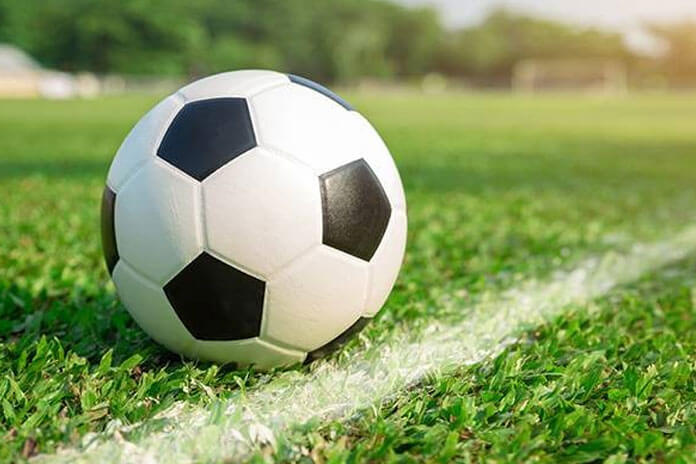 ORANGE WALK TOWN, Mon. Dec. 13, 2021– Week #4 games were played at the Louisiana Field over the weekend in the Orange Walk Football Association (OWFA) 2021-22 1st Division Opening Tournament, which has 5 teams in Group A and 6 teams in Group B, each group playing a single round-robin regular season. Next week, Week #5 is the last of regular season, after which the top two teams from each group will advance to the semifinals. (See updated Standings below.)

In the only game played on Saturday, December 11, Guinea Grass FC won, 2-0, over Carmelita FC with goals from Francisco Rivas (10’) and Charles Tillett (70’).

The first of four games on Sunday, December 12, saw Louisiana FC coming from behind to clinch a 1-1 draw with Yo Creek La Ceiba FC. Nijel Novelo (29’) gave Yo Creek the first half lead, but Kevin Young (84’) got the tying goal for Louisiana FC.

In game 2 on Sunday, Eliazar Itza (19’) scored the only goal of the game, as San Jose Pumas FC got the 1-nil win over Galacticos FC. 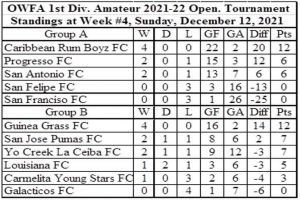