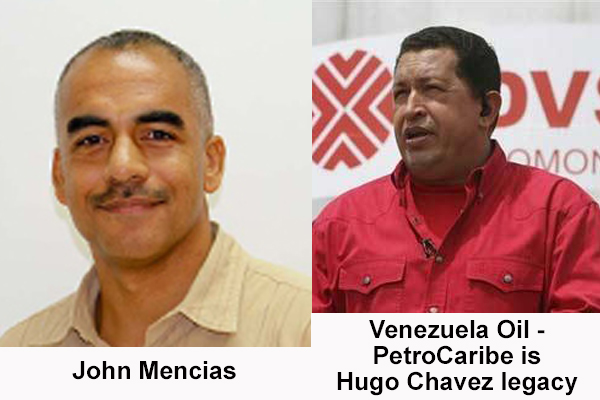 Belize may be able to barter rice, sugar and tourism services to pay for oil

Reports are surfacing again in the international press of uncertainty over the PetroCaribe initiative, through which Belize receives fuel from Venezuela under a concessionary finance arrangement which permits the country to defer payments and to use those funds to instead finance projects for socio-economic advancement.

With an initial $20 million from the proceeds of the Venezuela-financed PetroCaribe Fund, Belize launched the National Bank of Belize—which plans to offer mortgage financing at a concessionary rate of 5.5% for a maximum of $100,000—on September 2, 2013. This has been the signal output from Venezuela’s pact with Belize.

Whereas a Belize official told us that the deal has yielded substantial benefit for Belize, there is an indication that other countries may not be as happy.

Earlier this month, it was reported that Guatemala had decided to pull out of the alliance. Then the Inter-American Development Bank (IDB) reportedly issued a word of caution, saying in the Caribbean Region Quarterly Bulletin, Volume 2, Issue 4, that, “A possible new direction in PetroCaribe’s future could also impact the Eastern Caribbean. St. Lucia has recently begun to receive shipments of fuel from Venezuela under PetroCaribe, amid announcements by President Maduro that the interest rates on deferred payments would double to 2 percent.”

Indications are that other PetroCaribe members allege that they are not receiving the agreed quota of fuel, forcing them to buy fuel on the open market.

In the case of Belize, Venezuela has been supplying the country with the quota of 4,000 barrels a day and since September 2012, all diesel, gasoline and kerosene comes under the PetroCaribe initiative, John Mencias, the local coordinator for the program, told Amandala today. Mencias said that only aviation fuel is sourced elsewhere.

Mencias said that currently, Belize has to pay 40% of the fuel bill upfront, within 90 days, but the remaining 60% of the cost is to be paid over a period of 25 years. There is a 2-year grace period, so Belize has 23 years to repay Venezuela at 1% interest per annum.

Despite reports of regional concerns and uncertainty over the PetroCaribe deal, Mencias said that it has been working well for Belize. He went further to say that the parties intend to expand the agreement to put into effect the PetroCaribe Economic Zone, which would mean that rather than paying Venezuela hard currency, Belize could barter goods such as rice and sugar (unrefined and refined), and services such as tourism and the teaching of English.

Mencias told Amandala that Venezuela’s arrangement with Belize remains intact, and there has been no formal indication to Belize that any of the key terms of the arrangement, such as the interest rate and repayment terms, will change.

He said that the Government of Belize is making sure it has a plan for how the PetroCaribe Fund will be allocated in the different sectors of the economy, and he went on to add that even if the interest rate increases to 2%, it would still be sustainable and that still does not mean the Belize Government would pull out.

According to Mencias, as the arrangement with Venezuela now stands, it is beneficial almost unilaterally to Belize.