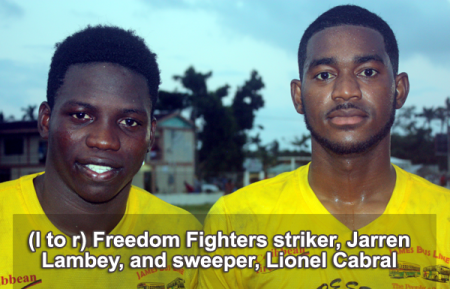 BELIZE CITY, Mon. Feb. 13, 2017–It’s a long, 200-mile plus journey from Punta Gorda to Belize City, and the trip is much more enjoyable when you return with a victory. Those were the thoughts of Freedom Fighters owner, Patrick Flores, as he embraced the 2-1 victory his team garnered yesterday evening at the MCC Grounds at the expense of home standing FC Belize, who battled fiercely, but were once again on the short end of a low scoring ball game. In their first two outings, FC Belize has allowed 3 goals total and scored only 1, for a 0-2 record; while the Freedom Fighters have allowed 4 goals and scored 2, for 1 win and a loss. Both teams have a back match remaining, FC Belize with Wagiya, and Freedom Fighters with Verdes.
We arrived at the MCC near the end of first half to learn that sweeper Lionel Cabral had given the visitors the lead at the 29th minute off a free kick, after their young “big striker,” Jarren Lambey had been taken down outside the eighteen. But the second half was just under way when young Harlan Cassanova slammed in a grounder for the FC Belize equalizer at the 47th minute. Although the ball did not reach the back of the net, the linesman ruled it had crossed the goal line before a PG defender cleared the ball in a cloud of dust.

Both sides had their share of opportunities in the remainder of the match, with the FC Belize cross bar in the north and the Freedom Fighters goal post in the south coming to the aid of beaten goalkeeper on long shots from the field. There was one fantastic save at the 71st minute by FC Belize goalie, Mexican Rodrigo Vasquez, on a shot through a crowd from close range by Lambey. Though obviously hobbled from a first half injury, Jarren played aggressively and constructively, and the relentless pressure eventually resulted in a penalty drawn at the 80th minute, after a pass to his teammate led to a breakaway and ill-advised trip by beaten goalie Vasquez of FC Belize. Vasquez was immediately ejected by referee Rogelio Bennett, replaced in goal by forward Hubert Baptist, and PG’s Lionel Cabral calmly converted from the penalty spot, to give the Freedom Fighters the 2-1 lead, which they held till the long whistle. Remarkably, though obviously hobbled from his first half shoulder injury, young Jarren Lambey remained aggressive and constructive in his team’s attack, until the game was in hand, and he was relieved by a substitute in injury time. 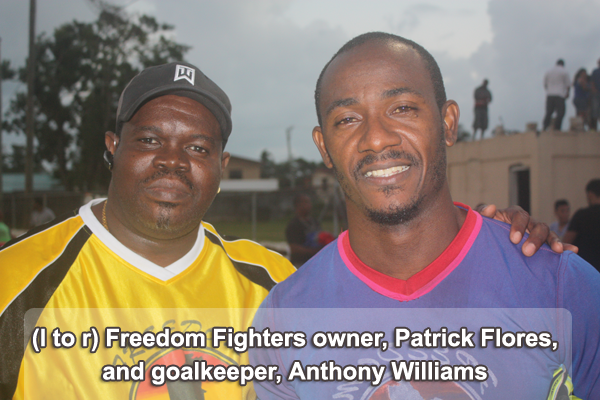 The future is here

Eighteen-year old Jarren Lambey, if he is well enough, might also be leading his Julian Cho Technical High School team in the national secondary schools football championships this weekend, Friday and Saturday, in San Pedro, Ambergris Caye. This awesome young man, whose trunk-like legs are reminiscent of the great Tubuk (Ivan Martinez) of the 1960’s Queens Park Rangers, demonstrated speed, strength, and poise under pressure. One of the top goal scorers in the PLB Opening Season, he is indeed a special talent, and should be a fixture on our future national team.

The Freedom Fighters are scheduled to return this coming Sunday to the MCC, to clash with the powerful BDF; but we are not certain if the above-mentioned circumstances will allow us the pleasure of seeing Jarren perform with them this time.

Incidentally, we are also intrigued by the potential match-up at the high school nationals in San Pedro this weekend, where Belize City’s Gwen Lizarraga High School males, featuring another 18-year-old Belizean star in the making, Orlando Velasquez, may well end up squaring off against Jarren Lambey and Julian Cho Technical High. 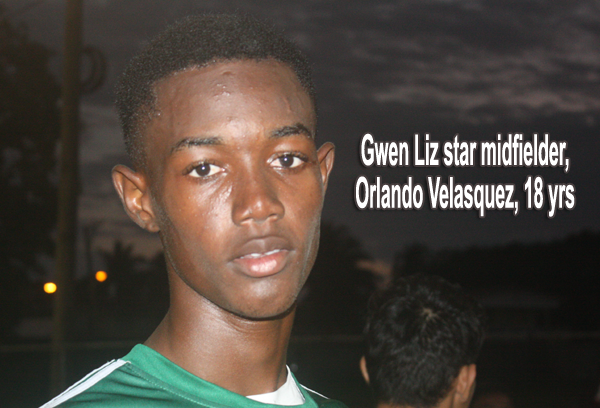 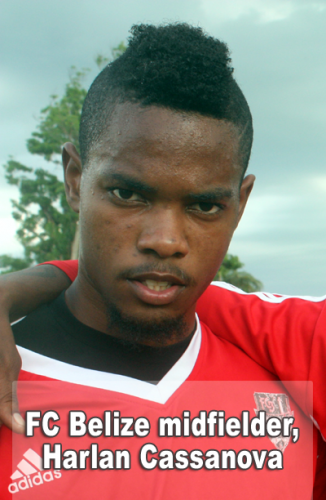 In other Week 3 action in the PLB Closing Season, on Saturday night down in Independence, visiting Police United got 2 first half goals from Daniel “Danny” Jimenez (15’ & 24’), but home standing Placencia Assassins rebounded with 2 goals from Luis “Baaka” Torres (39’ & 47’), to secure the 2-2 draw. Meanwhile, at the Isidoro Beaton Stadium in Belmopan, in a re-enactment of their finals victory, it was home squad Belmopan Bandits overcoming a first half BDF 1-nil lead, on a goal by Raymond Ramos (45’), with second half goals by Jerome “Jarro” James (54’) and Elroy Smith (77’), to clinch the 2-1 home win.