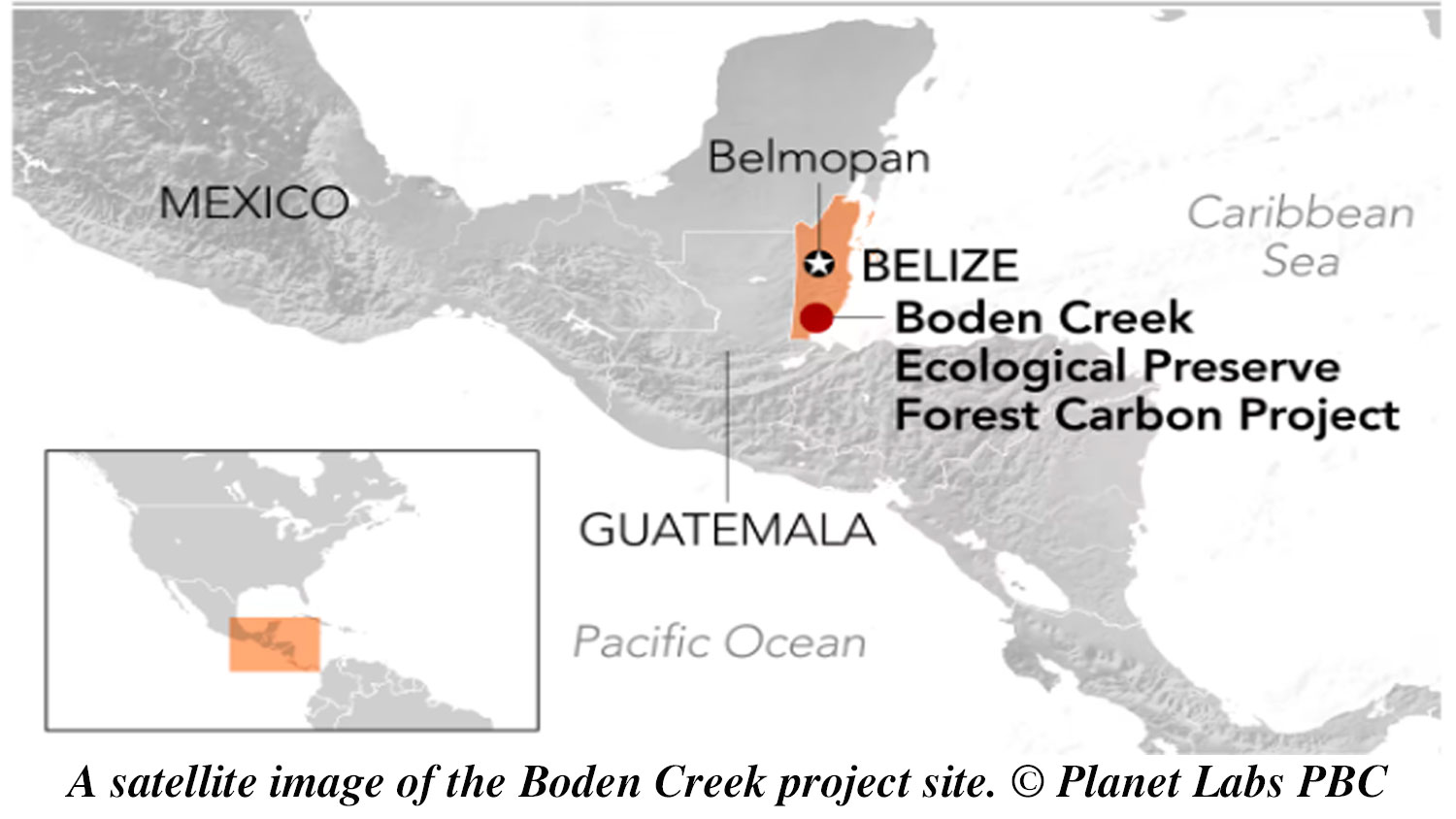 A company listed as Forest Carbon Offsets LLC is selling carbon credit from the Boden Creek Forest Carbon Project; sales are being verified by an out-of-date Verra Registry. The CEO in the Ministry of Sustainable Development, Climate Change and Disaster Risk Management, Kenrick Williams, says no regulated market for the sale of carbon credits has yet been established in Belize

Yesterday, the Ministry of Sustainable Development, Climate Change, and Disaster Risk Management issued a release warning “companies purporting to sell carbon credits from within the country” and noting that the government has not sanctioned those transactions and that all authorization to engage in those sales would have to be given by the government. While the release was issued in response to some posts on social media that alluded to such unsanctioned sales, AMANDALA has come across an investigative report done by The Nikkei Asia, the largest financial newspaper in the world, which indicates that carbon credits issued for the Boden Creek Ecological Preserve Forest Carbon Project (BCEP) are still being issued after CO2 reduction work in the area ended under the project.

An out-of-date carbon-reduction projects database controlled by Verra, a US-based NGO, lists BCEP as the main operator of the project; this is despite a takeover by Forest Carbon Offsets as the main operator in October 2017, and a reported temporary control by a US coal company in 2017 also. The issue here is that there is every indication that 190,000 tons of carbon credit were produced up until 2015, and none after that period, suggesting the US-based controllers and successor of the BCEP stopped forest conservation activities.

In 2021, however, Japan Petroleum Exploration (JAPEX) purchased 120,000 tons of carbon credits from the BCEP to offset a vessel of liquified natural gas sent to Japan. The credit purchase was verified by Verra, the company says. The company, Verra, has still not updated its database, according to the investigative report.

In 2021, Fauna and Flora International purchased the land covered by the carbon offset program to prevent it from being converted to farmland, its spokespersons say. That non-profit organization will not be paid for any credits, since they do not control the project itself.

While the sale of old carbon credits is not itself a violation of any current law, it brings to the fore how important it is that carbon credit buyers vet the quality of the carbon offset projects from which they purchase credits to achieve their carbon neutrality goals.

Experts think this case in Belize is just the tip of the iceberg; reports of forests being mowed shortly after carbon credit certificates were issued in India and Uruguay have surfaced. A call for increased and independent oversight, to ensure that carbon credits are not purchased from defunct or old projects is now seen as absolutely necessary.

“The discovery of outdated information published by a certification organization points to a major lapse of oversight. Buyers of credits issued for the Belize project were not aware that the main project operator had changed,” the Nikkei article states.

The project description outlined on the REDD project database website states, “The core objective of this project is to commercialize the forest carbon offsets at the Boden Creek Ecological Preserve near Punta Gorda, Belize, Central America. This property has been the site of a groundbreaking effort to use eco-tourism as a funding source for land preservation. Before project implementation, the land was under immediate threat of land conversion for agriculture, containing international protected biodiversity. The Boden Creek Ecological Preserve is a private preserve that owns the project site, leased to Belize Lodge and Excursions (BLE). BLE is an ecotourism enterprise with four eco-lodges and tourism packages that promote conservation, community development, and the use of sustainable practices within BCEP.”

According to the available data, the project started in 2005 and is listed to end in 2029, but the available information was last updated in June of 2020 and does not reflect FFI’s purchase of the project area since they acquired the land in 2021. Today, CEO of the Ministry of Climate Change, Kenrick Williams, told local media during an interview that a framework for the sale of carbon credits from the country has not yet been finalized. He said that there are entities selling carbon credits under the voluntary system.

During his remarks, CEO Williams said, “We just want to notify that company should engage the ministry, as it is legislatively, there’re no penalties. That legislative framework is being outlined as we speak … other ministries are in a process of developing that legislative framework to guide this process. Now, all of this fits in the broader framework of, again, the UN framework convention on Climate Change. The outcome of COP26, for example, influences how this market works, and this itself is not very clear. The negotiations continue, and so we have been trying to devise a framework based on some of the outcomes of the decision at COP as it will influence the national and international markets.”

He stated that small-scale and commercial projects will impact the national carbon project—although no reference was made to the Boden Creek project during his remarks.

“What the Ministry of Sustainable Development is concerned about is as it relates to the carbon budget. Once you purport to sell 100 tons of carbon, that affects our total quota available … based on our forest stand, nationally. Let’s say, for example, we estimate that there is 100 metric ton that is available as a country to sell. X company decides to sell 20 tons of those credits, that affects the national quota, so that means there are only 80 tons on the market left. What is missing from this process is that there is no review verification of the methodology, ensuring that there are real benefits that are going to the forest, and the land tenure—there are several assessments that we would have to look at to ensure that is a viable project and it’s not greenwashing or carbon washing … because again it affects the available carbon we have on sale on the market,” CEO Williams said.

We reach out to CEO Williams on the matters highlighted but have received no reply up to press time this evening. We will continue to follow.