Home Opinion Right to the Point: A NATIONAL DISGRACE
Opinion

Right to the Point: A NATIONAL DISGRACE 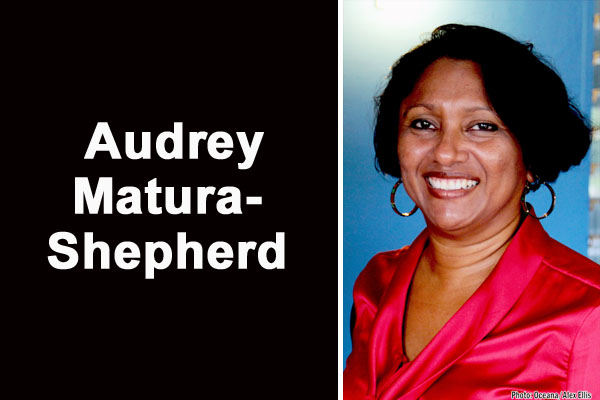 I have had time to reflect on the series of cases in my beloved Belize that are a national disgrace, and in my book there are so many – so disgraceful, yet our government either does not address it, plays politics with it or outright defends it. But really, as Belizeans our sense of pride has either been crushed, misguided or never existed, and I say this because of the lack of responsiveness of the masses, as if they have either given up or have become so desensitized that our national disgraces have now become a thing that’s the norm. If you take stock, not even the Opposition is as aggressive against some of the issues, and the constant persons or groups demanding answers are the same players. To those who remain constant and unmoved in their stand against our national disgraces, I say kudos.

As I list just a few, I ask readers to not just nod their heads in agreement with me, but to resolve to find a way to ensure these matters are not just swept under the carpet of expediency. Do something about it, even if only to educate three more people about the issues and show them the need to be informed on the issues. After all, we must first be informed to take the second step to get involved.

No matter how the Prime Minister, Hon. Dean Barrow, tries to spin it, the biggest disgrace within the ranks of his Cabinet has got to be Elvin Penner and his Citizen Kim passport “fraud”! I say “fraud” because figuratively the word fits in so many ways, depending on what you believe and which story you accept as the explanation of how a prisoner in a Taiwan jail could have obtained a Belizean passport – said passport having been obtained after a Justice of the Peace signed, asserting that the person before him was who he said he was and had been in Belize for five years or more. What’s more, the very Minister who ultimately signed official documents to facilitate the citizenship and passport, claimed he knew said man as a business associate long before he entered politics. Yet no record was ever found to show that Citizen Kim (Won Hong Kim), a South Korean national, ever visited Belize, and so it was IMPOSSIBLE for either that JP and worse yet, the now disgraced, former Minister of State to have known him.
Intentionally, I believe, our Government has not followed up, and if they have followed up, they have refused to tell us who took that passport to Taiwan to deliver to the prisoner. Clouds of doubt remain over that Taiwan trip of Mayor Darrell Bradley, whose colleague Eric Chang was under suspicion but was left untouched. Really, Belizeans, can it get more disgraceful than this?

To add salt to our wounds, Minister Godwin Hulse, under whose Ministry the disgrace remains, and who was wrong to allow a Minister of State to sign such an official document, was appointed to investigate himself and his Ministry – talk about taking us for fools. Really, so why to date have the police not been the ones doing the investigation? To add to this disgrace the Supreme Court had to issue a mandamus compelling the Commissioner of Police to have his department do its job and investigate the matter … haha, what a joke! Even when the issue is pushed under the proverbial carpet, the bulge under the carpet is so big, it cannot be ignored. Taking us for fools, Penner, in his few public appearances to court (COLA having made a brave attempt to a private prosecution) with wife and supporters in tow, has acted as if he was a celebrity rather than a disgraced public official.

Of course, we can theorize it is in the interest of the government, his United Democratic Party, and any special interest to protect him because he is really a canary that can sing and may have much to sing about. The truth is, some suspect that there might have been an unspoken-of quota system for the sale of Belizean nationality/passports (which they deny), but the Alvarine Burgess story tends to suggest so! However, the only proof any Belizean should accept is the opening up of the records for us to do an inventory of all nationality documents and passports issued under this government administration from 2008 to present and to have listed the names of the Minister or political supporters who facilitated these. Refusal to do so, from my viewpoint, indicates something to hide or lack of accountability to the Belizean people.

There have been several more incidents of national disgrace since, from land scams, to embezzled money, to the destruction of Noh Mul, and a domestic violence report against Minister Patrick Faber and the police’s subsequent idiotic statements. But the incident which had an immediate impact, has been the one in which an innocent 20-year-old Special Constable working with the Tourism Police Unit was gunned down, slaughtered, and executed on Belizean soil.

It was an ambush against our nation, our sovereignty and our national sense of security. Tensions in that area were already high; the National Security Committee headed by the Head of State had to have gotten reports of all the illegal activities along the border, the increased pressure and aggression by the xateros, bandits, loggers and gangs … If the tourist on the grounds could have told me about it, how would our high-level security officials not have known?

But just in case they did not know, the head of the Tourism Police Unit, ASP. Diana Hall, professionally wrote a letter since January 24, 2014 warning of the dangers the Special Constables faced. She clearly stated: “The TPU officers are equipped with two shotguns which are no match for our Guatemalan counterparts, many of whom also have a military background … I personally believe that these officers are put in a high risk position and although it is an archaeological site, the tourism officers are not the ones who should be manning that site … God forbid that we do not lose one or more of our officers and when we get a public outcry we start to play the blame game as to who is responsible.”

Now the ones with blood immediately on their hands are the ones who got this memo and did nothing. This memo is addressed directly to the Commissioner of Police Allen Whylie, through the Officer commanding Eastern Division at that time of January 2014, and copied to Laura Esquivel, Director of BTB; Kevin Gonzales, Director of Destination Planning, and Gil Williams, Administrator of NICH. So what did any of these officials do?

Sorry, Belize, this too is another national disgrace and one the nation now knows could have been avoided, but was not avoided. What has made matters worse is the lack of immediate public assurance by the government. We all know the lengths key officials went to so as not to blame the Guatemalan bandits, but as we all expected, those of us who knew it was them from the start were vindicated. Finally Caracol Archeological Site has been reopened and we should never allow those cowards to hold us and our tourism industry hostage ever again! Ya basta!

So many more national disgraces

Well, last week I addressed the other nasty and offensive national disgrace which was US-led and Coast Guard-approved and defended … Yes, it is the building of our security outpost on Hunting Caye by a Guatemalan company with Guatemalan laborers who did not have work permits. This is of such a disgraceful proportion that I wished the Commandant Johnny Borland would have just shut his mouth. Don’t defend the un-defendable and then try and blame the PUP. Darn, like we are all fools.

Then there is the disgrace of Puerta Azul, which we are told is only in the discussion stage. It reminds me of when we were told that NCL’s project was only at the memorandum of understanding stage, then we heard it had the green light. Sorry, but from a national perspective, building any resort, much less a mega resort, on Lighthouse Caye does not even merit a conversation with the proponents … It’s like we are for sale from head, to toenail, backside and chamber pot …

Sorry, but it seems the issues involving land just get more and more interesting, and I’m finding a strange connection in them – that being the personalities of Manuel Heredia and Godwin Hulse. The other recent national disgrace is of Minister of Tourism Heredia defending the issuing of lots to his constituents in Southern Ambergris Caye. All the media houses showed images of the area, and surely the lots were issued in a lagoon called the “bajos”, home to the aquatic life that propels the sport fishing industry and replenishes the Hol Chan Marine Reserve. And acting as if he is speaking to imbeciles the Minister actually accused the cameras of lying. Hmmm, that is his way of saying all the media houses lied … then he blamed the surveyor too.

Come on, Manuel, you have been exposed and you turned out to be another national disgrace, and you’re trying to mask it with your claims that you help all …

I am sure Belizeans will have a list of their own. But from my end these national disgraces need to be exposed, the perpetrators castigated and proper order restored.

Belizeans, wake up … Party politics will keep us divided, but nationalism should make us fight united against the actions of our self-interested, power-hungry leaders!

BELIZE CITY, Tues. May 26, 2015--Today, an article published in The New York Times Magazine was brought to our attention, not because the article...
Read more
Opinion

I believe any person in their right sense is disturbed by these news of little children being sexually abused in Belize. Anyone sexually assaulted,...
Read more
- Advertisment -