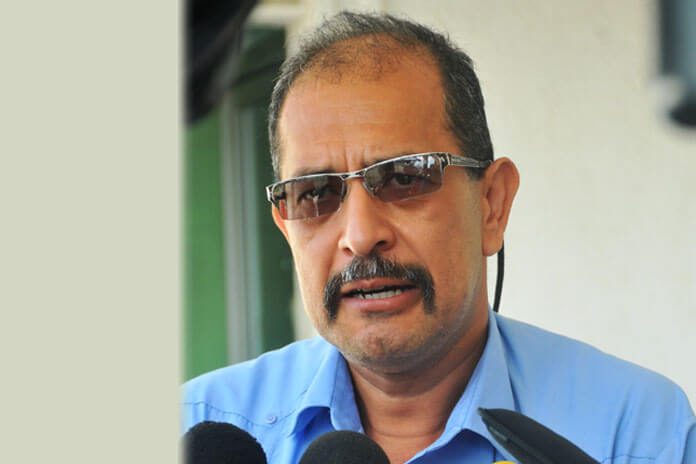 BELIZE CITY, Tues. Jan. 7, 2020– An accused man who was on remand at the Kolbe Foundation-managed Belize Central Prison in 2017 was raped twice by another inmate. That inmate was subsequently charged and convicted of two counts of an unnatural crime. The rape victim, whom we will refer to as the Claimant, in accordance with the directive of the court, filed a lawsuit alleging that it was the negligence of prison authorities that caused him to be raped.

Evidence in the case was heard early in December and this morning, Supreme Court Justice, Shona Griffith, delivered her judgment. In her decision, Justice Griffith not only emphasized that she “believed” the claimant’s account of what had transpired on November 25 and 29, 2017, but she found that it was the prison authorities’ negligence that caused the Claimant to be raped the second time.

The decision, a first of its kind from the Belize Supreme Court, is precedent-setting and highlights the fact that prison authorities cannot breach the statutory prison rules without suffering legal penalties.

Now that the court has found that prison authorities were negligent, the Claimant’s case is going into another phase: the assessment of damages phase.

The section of the Prison Rules that was violated by the authorities, is a set of regulations on how various categories of prisoners are to be housed. Prison Superintendent Virgilio Murillo, in his testimony, had cited financial constraints that had made it difficult for them to meet those housing standards.

Justice Griffith had found that claim by Murillo to be a reasonable defense along with the fact that the prisoner who violated the Claimant had not exhibited any signs that he was likely to commit the unnatural act, in the first instance.

When Prison Superintendent Murillo learned about the incident, he immediately terminated the services of the prison guard. On the witness stand at the trial, Murillo told the court that he might have overacted, because such a thing should not happen in his prison.

In his testimony the Claimant told the court that on November 25, 2017, sometime after 1:00 a.m. he was choked from behind and became unconscious. When he regained consciousness he realized that he had been raped and when he confronted his cell mate, he was threatened with violence. Due to the pain that he was experiencing, he informed a prison guard about what had happened to him.

The incident occurred in a lock-down area of the prison, where the two men were the only persons in the cell.

In his lawsuit, the Claimant alleged that the prison had failed to protect him from his assailant, and that as an untried prisoner, he should not have been housed with a convicted prisoner, because that was a violation of the Prison Rules.

Justice Griffith found that the violation of the Prison Rules did not amount to negligence on the first occasion of the rape, because prison authorities could not have anticipated that the prisoner who committed the act would have done so. Since that first incident was reported to someone in authority (a prison guard), however, the second rape amounted to negligence on the part of prison authorities, because they should have moved the Claimant to another cell, or taken steps to protect him from his attacker.

After the ruling, the Claimant’s attorney, Anthony Sylvestre, told reporters, “He was raped on two occasions, on the 25th of November, 2017, and on the 29th of November, 2017. We brought claims in negligence, which is to say, our claim was based on the fact that the prisoner, the Claimant, was placed in a cell at the time, with someone who he ought not to have been placed in the cell with, by virtue of the disparity in age, and the fact also that the Claimant, in this case, was on remand. The unfortunate situation is that anyone could find themselves in prison.

“The trial judge determined it’s not in situations where there’s a breach of the Prison Rules, that that could necessarily have negligence fall on the prison authorities. But, as indicated, there are two specific instances that the case is based on. The incident occurred on the 25th of November, and then on the 29th. Having regard to what the Claimant explained, that having been raped on the 25th, and having reported that to a prison officer, the court was very clear that the prison authorities then could not escape liability on the second incident. It was the duty of the prison officer, having been told of the incident on the 25th, he ought to have communicated that to the prison authorities, and the necessary steps should have been taken to ensure the claimant was removed from the cell in which he was housed with the prisoner who had raped him. And so, the court found, based on the second incident, that a clear case of negligence arose, and as a result the prison authority and the government are jointly and separately liable.”

Sylvestre was asked to explain the process through which the damages will be assessed for the Claimant.

“Well, we’re hopeful that the Government may wish to venture into a just and reasonable settlement, and that the Claimant would not have to go through this agonizing and terrifying experience, which he would be put through, if we were to go to the second stage of the trial, which would be assessment of damages. What would happen at that stage is that he would have to explain the impact the incident has had on his life. As well, we would have to bring evidence in the form of other witnesses, who could speak to whatever changes there have been with respect to the way in which he has responded adversely and negatively to the incident,” replied Sylvester.

Justice Griffith has ordered that both the government and the prison’s management pay the Claimant’s $10,000 court costs.

If the prison and government cannot arrive at a settlement, Sylvester will call 5 witnesses to testify in the damage assessment phase of the case.

Attorney Philip Zuniga represented the Superintendent of Prison, while the Attorney General was defended by Crown Counsels Kimberly Wallace and Lavina Cuellar, from the Solicitor General’s office.