On the PUP’s watch, the Belize City Council converted a deficit of $844,000 to a surplus exceeding $2 million. 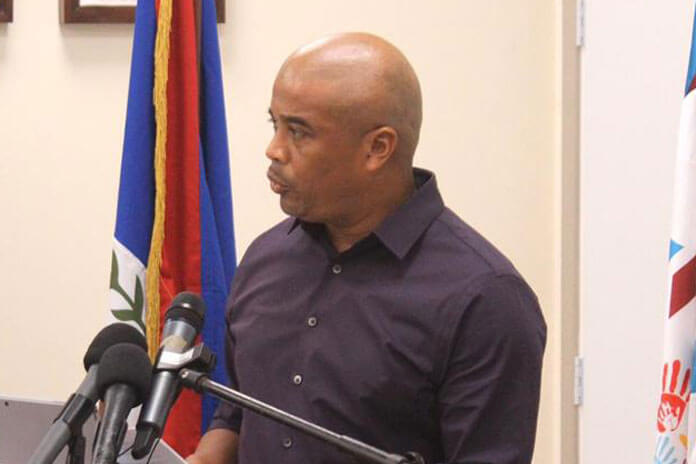 BELIZE CITY, Wed. Mar. 11, 2020– The Belize City Council called a press briefing this morning to unveil an audit report in advance of its Initial Public Offering (IPO) of its Municipal Paper Series 1, which will be officially released on Monday. Belize City mayor, Bernard Wagner, presented the media with a slide presentation of the findings of the audit that was conducted by Cedric Flowers.

Last Saturday marks the second anniversary since the PUP City Council was voted into office. The audit report, according to Wagner, essentially confirmed what his council has been saying for the past two years, that while Mayor Bradley and his council boasted of overseeing massive infrastructure works in the city, those works, when coupled with reckless spending, wastage, corruption and lack of accountability, resulted in significant debt build-up and an operating deficit of close to one million dollars.

The mayor went on to explain that strategic planning and various prioritizing measures were implemented, which have resulted in an overall operating surplus of over 2 million dollars after just two years in office.

The Mayor added, “When we took office, the previous council was mired in between 60 percent and 65 percent collection ratio. We were able to challenge our staff and took it up to 74 percent.”

According to Mayor Wagner, that reversed a 3-year trend that saw downward trending in trade licenses. “If we continue with the same measures that we are doing, we expect our revenue in all areas to increase”, he said.

“We are saying that Belize City has approximately 2,300 registered businesses, with about 1,700 businesses not being registered. These are operating under the radar; they are not in our system. So, we feel that with the new leveling of the playing field, with the new trade license reform that we anticipate will be in 2021, those 1,700 unregistered businesses will then be incentivized to come on board and to begin to pay their fair share,” he said.

He further stated, “Liquor license, again, grew by 2 percent from $499,000 in 2018, to $511,000 in 2019. What drove that? People begin to comply, and we started to enforce. That has been widespread across the city. Our enforcement has driven that 2 percent growth, and also, more businesses coming on-stream.”

Mayor Wagner noted that, “Funding from GOB decreased by 45 percent, going from $2.9 million in 2018, to $1.6 million in 2019. And that 1.6 million doesn’t come to us. It goes directly to the Central Bank to pay for Darrell Bradley’s bond. We, at this council, have performed extremely well, given the conditions we met.”

Mayor Wagner said that the tourism industry continues to see annual growth. He then mentioned, “Based on a 6-year trend of average growth being 19 percent in cruise ship tourist arrivals, we are expecting a 5 percent annual growth, which will bring in like about $2.5 million in tourism-related fees. Bear in mind, though, that all those fees go to the Darrell Bradley bond. That goes to his bond, which he strapped us with, took all of our money, and he set it aside to pay for the bond for the cement streets that are breaking up.”

In the human resource management area, expenditure fell by 17 percent, going from $1.5 million to $1.3 million. Noteworthy reductions were in the area of “national celebration activities, which in 2018 saw the Darrel Bradley council spending $206,000, while in 2019, $154,000 was spent by the Wagner administration, and we didn’t lose anything,” said Wagner.

Miscellaneous expenses were reduced from $27,000 to $112.00. “ I don’t know what that miscellaneous expense is —are you getting the picture that I am painting? Repairs and maintenance in PR was $412,000. Whose vehicle was getting serviced that way in PR?” the Mayor asked.