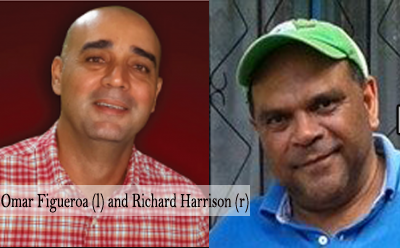 BELIZE CITY– The battle for Cayo North will reach its climax in exactly 7 days, when roughly 6,000 voters are expected to go to the polls in Bullet Tree and San Ignacio to decide who will replace Joseph Mahmud, the Cayo North area representative of the Opposition People’s United Party (PUP) who resigned his seat in Parliament last month.

The PUP has nominated Richard Harrison, a San Ignacio businessman, in their bid to keep control of the constituency, but the ruling United Democratic Party (UDP) is confident that its man, Omar Figueroa, will reclaim the seat in what they deem to be a UDP stronghold.

By-election to be held in 7 days, on January 5

Albert August, UDP chairman, told Amandala today that things are looking “very good,” and they are working hard to win the elections on Monday, January 5, 2015.

“The by-election is 7 days away and we are working 24 hours a day,” August said.

PUP Deputy Leader Julius Espat told us that he and Opposition Leader Francis Fonseca were in “the Red Hills” of San Ignacio over the weekend, pounding the pavement with Harrison. Espat said that he still thinks, despite major pre-election spending he said the ruling UDP has been doing in the area, that the PUP candidate has a chance.

August said that he expects normal voter turnout, which has ranged generally from 67 to 73%.

The last general elections held in March 2012 saw 74.7% voter turnout in that area.

“We will be bringing out our people!” August said. 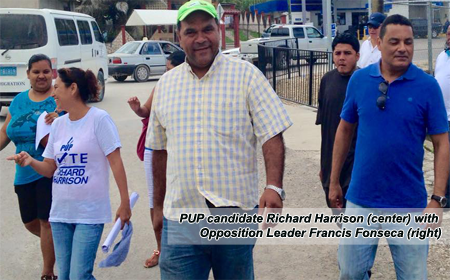 Espat, for his part, said that he is feeling euphoric, and commented, “Something is telling us we are going to win!”

Espat, who concedes that Cayo North is a UDP stronghold, said that they will contend for the seat at the bare minimum financial cost, because the Opposition does not have “PetroCaribe” resources to “beef up” its campaign.

For his part, August said that he is banking on their candidate: Figueroa.

“The response we are getting is unbelievable,” said August.

Espat said that with all the spending the UDP has been doing, he had expected that the UDP would have had a dominant presence in the division, but that is not the case.