There is no plan for a lockdown of the country at this time, says the PM 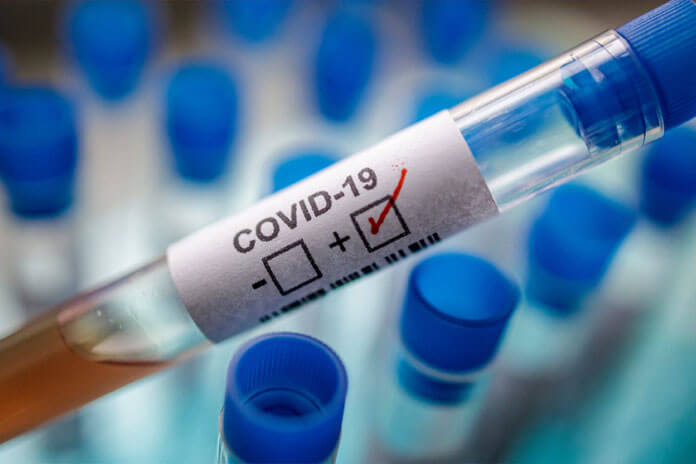 BELIZE CITY, Wed. Mar. 25, 2020– Prime Minister Dean O. Barrow and Leader of the Opposition, Hon. John Briceño, along with the chairs of the National COVID-19 Task Force, held a press briefing this afternoon at the Ministry of Foreign Affairs Laing Building to update the country on the COVID-19 pandemic.

PM Barrow began by announcing that he was laying a rumor to rest, that neither he nor the Leader of the Opposition was there to announce a lockdown of the entire country, although Barrow said they were not ruling that measure out as an option that could be resorted to at a later date, the PM asserted.

“If and when we do get there”, he said, “there will not be any need to panic.”

This is how Barrow explained the government’s position regarding a national shutdown:

“We’re not announcing a national shutdown; we’re not announcing the declaration of a state of emergency. So, I want to make clear to the people of this country that it may yet come to that; if it does, we will give some notice and in any event, since that is at the very least a possibility, and I would go so far as to say a likelihood, depending on how things evolve. I need to make clear right at the start that, if we got to that point, it would not mean that every last little thing would be locked down. There would be no need for people to rush the supermarkets, there would be no need for any run of the banks,” he said.

He went on to say, “Financial institutions, grocery stores, all those things would remain open. People would be asked to stay in place as much as possible; go out and do what you have to do with respect to your essential needs, and then return home, and we have on hand a plentiful supply of essential food stuff, of the necessaries of everyday life in terms of being able to feed ourselves.

“Please do not panic and please be assured that with respect to the essentials, life will continue in as normal a way as possible. To repeat again, supermarkets, pharmacies, banks will be remain open….”

After putting the rumor about a national shutdown to rest, Barrow went on to reveal the grim news that health authorities have confirmed a second case of coronavirus in Belize.

“Just before I took to the podium, the Minister of Health called me to say that there is a second confirmed case, but it is that the first confirmed case infected one of her family members —indeed her mother. There were other family members that were screened and sampled and tested; they all were negative and there were 5 additional persons in San Pedro tested, not related to the first case at all, but who, it appeared, might have been exhibiting symptoms that warranted they be tested, all negative,” Barrow informed the public.

Barrow went on to say, “In that kind of context, we are going to be extending the state of emergency that we declared for Ambergris Caye, so that is going to be extended so that we don’t have to keep going back to the Governor General or worse, having to invoke the National Assembly.

“The new proclamation will extend it for a total of 30 days, with the very earnest hope that it can be lifted well before then, but we, just out of an abundance of caution, and I said so that we don’t have to keep going back to His Excellency, we are putting in the 30-day period as a sort of fail-safe.”

Barrow also announced that there will be special funds to take care of the frontline workers in the medical field who would have to treat COVID-19 cases.

“I want to make clear that those frontline persons will be taken care of fully and completely in so far as personal protective equipment is concerned. In so far as dealing, first of all with the workers at the KHMH, in so far as finding separate quarters for them to live in, apart from their family homes, while they are on the front lines of the struggle, so that there can be no question of their endangering the welfare of their family members,” the Prime Minister said.

“They will be taken care of with respect to an augmented compensation package to ensure that they can pay for babysitting services; they can pay for other things that they will need as they remain on the front line of this existential combat and they will, as part of that augmented compensation package, be given additional monies as a token of appreciation for this particularly dangerous but so absolutely vital job of work that they’re doing,” he further explained.

The government has appointed two “economic czars” to spearhead the ways in which government will assist those displaced by the crisis. Dr. Carla Barnett and the attorney and finance wizard Chris Coye, are the economic czars, representing the Prime Minister and the Leader of the Opposition respectively.

“The situation in the economy is catastrophic; that’s what we describe it as. Catastrophic because it is not only the tourism sector; it is the allied sectors, everybody that contributes to tourism, and that‘s a very large sector of the economy that we‘re talking about,” Dr. Barnett said.

“We‘ve also had significant job losses at the borders, in the free zones, as a result of the shutdown,” she added.

She explained that the impact of the crisis on the economy could be as much as 10 percent of GDP, depending on how long the crisis stretches out.

In discussing the relief for those who lost their jobs due to the pandemic, Dr. Barnett said, “The relief for employees, the people who have lost their jobs, how that is going to work — Chris and I have come up with a series of recommendations that are intended to ensure that the system is fair, that the system is equitable, that those who need to benefit from it can have quick, easy, convenient access, that those who ought not to benefit cannot get what they are not to get out of it, and therefore, what we are seeking to do at this stage, it looks like it will be a hundred and fifty dollars every two weeks. It‘s not a lot of money, we‘re not seeking, we cannot replace people‘s incomes, but we can help to relieve the stress in terms of meeting basic necessities.”

In addition to the assistance that government will provide to the newly unemployed, the chairman of the Belize Social Security Board, Doug Singh, was also on hand to explain that SSB will be making a contribution in various ways, from deferring payment from employers to providing medical coverage to unemployed persons.

Singh said, “Those individuals lost employment, but we will consider the employment continuous for the purposes of any infection under COVID 19. So if 3 weeks after their loss of employment, they should contract the infection, then they will be medically covered as if they were continuously employed.”

Central Bank Governor Joy Grant announced that the commercial banks are prepared to give a moratorium of 3 months to their customers, on the principal and interest of outstanding loans, if they go into the banks and work out the necessary arrangements.

“So interest rates, in some instances, are being reduced; the period for repayment, those are being extended. For tourism, which is being hit the hardest, for non-performing loans, we’ve reduced the amount that they have to make provisions for, from 100% to 50%, which means that they have more money out there to lend to other people and it’s important that the bank has agreed to 2% lowering of the liquidity ratio, which puts an addition 58 million dollars with the banks for them to lend, because it’s all good to say that we’re going to give people a sum relief on repayment, but we have to get additional money out there because people must be ready for when the tourists or when business starts up again, that they are in a position to start, so they’re also doing some new loans,” Governor Grant said.

The Governor said, “no matter what, we are going to keep this economy going and growing.”