Home General Second man reeled in for the death of Walter Usher and injury...
General

Second man reeled in for the death of Walter Usher and injury to Joyce Edwards, 61 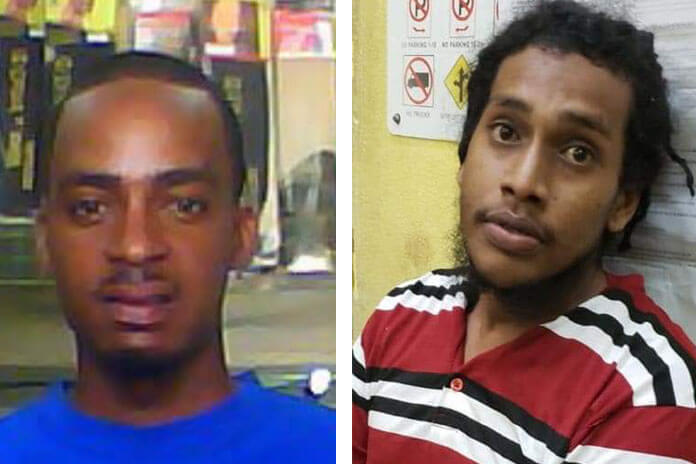 BELIZE CITY, Tues. Apr. 28, 2020– At about 9:00 Saturday night, February 22, Walter Ezekiel Usher, 33, of Rio Bravo Crescent, Belize City, was talking to a friend of his, in front of his house in Port Loyola, when two men rode up on a motorcycle and one of them fired at him.

Usher was hit in the head and body. One of the bullets that were fired, however, strayed and struck a woman, Joyce Edwards Ramclam, 61, of Punta Gorda, who was a passenger in a vehicle that was traveling on the same street, heading to her daughter’s house in the area.

The gunmen then rode away on the motorcycle.

Usher and Ramclam were rushed to the Karl Heusner Memorial Hospital (KHMH), where Usher was declared dead on arrival and Ramclam, who was hit in the shoulder, was admitted in a stable condition.

Police’s investigation into the murder and attempted murder led to a man identified as Dion White, 22, a laborer of Belize City. The city cops charged White on Monday, February 24, with murder attempted murder, dangerous harm and use of deadly means of harm. He was arraigned before Senior Magistrate Tricia Pitts Anderson and he was remanded until April 30.

White’s accomplice remained at large at the time.

Today, however, just over 2 months since the shooting, police announced that Evian Murillo, 23, a laborer of Belize City, is the second man involved in the shooting, and he has been arrested.

Ramclam is the mother of nine daughters and one son. Her husband told us that his son-in-law, with whom Ramclam was traveling from Punta Gorda, called him and gave him the news that she had been shot.

Ramon Aguilar, 47, a driver of Punta Gorda, told police that while driving on Rio Bravo Crescent to his house, along with Joyce Edwards Ramclam, who is his mother-in-law, they suddenly heard gunshots being fired, and he saw her bleeding and realized that she had been hit. He then rushed her to the Karl Heusner Memorial Hospital.

The motive for the attack on Usher, which resulted in Ramclam’s injury, is not yet known. The scene of the shooting was processed and eleven 9mm shells were found.