New sugar deal “in the works” 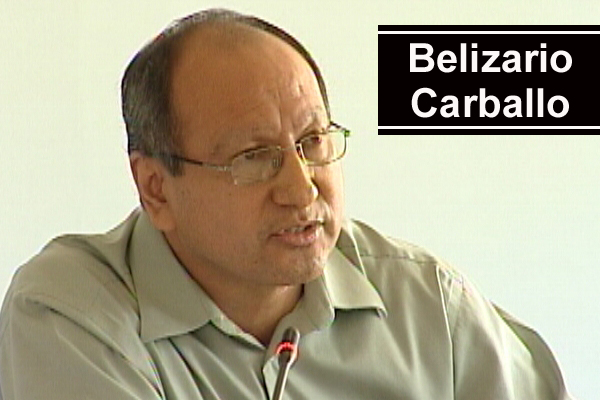 ORANGE WALK–At this time, the two main partners in Belize’s sugar industry, namely the Belize Sugar Cane Farmers Association (BSCFA) and the Belize Sugar Industries/American Sugar Refineries (BSI/ASR), are working on a proposed commercial agreement to govern the relationship between the two parties, and which will aim to settle several points of contention that have overshadowed the rocky relationship – in particular, a revenue-sharing arrangement for bagasse, a disputed byproduct of sugar which is currently sold for use in the generation of electricity.

Two weeks ago, on September 8, BSCFA and BSI/ASR held a meeting at which the sugar producers presented a completely new commercial agreement to the cane farmers; however, neither side elaborated on the contents of the new agreement at the time, so as not to jeopardize the state of the negotiations.

Yesterday, though, BSI’s Financial Director, Belizario Carballo, spoke to the media about the details of the new terms in the proposed agreement which, as we reported, build upon several points previously agreed on, and also include new terms that have been agreed to in principle, such as clarification of key transaction points in the sale/purchase of the sugarcane.

Carballo explained, “The agreement with the BSCFA essentially sets out the terms and conditions under which the BSCFA, or the farmers, sell cane to BSI, and under which BSI buys cane from the farmers [since] we needed to clarify this whole issue of purchase and sale of cane because of a misconception that some people had, so we want to ensure that we are very clear as to what the business that we are in is all about. BSI is in the business of producing sugar, and for that purpose, we buy cane from the farmers. The farmers own the cane until they sell the cane to BSI and deliver it to the factory. When the cane is weighed at the scales and enters the factory, then we are responsible to pay for that cane. [Therefore], the method of payment and the timing of those payments are set out in those agreements because we feel that it is an issue that needs to be clarified.”

While the new proposed agreement sets out how the price of cane is to be determined, Carballo provided more details on the comprehensive agreement – outlining the structure according to which revenues from sugar are calculated.

“The cane is paid on the basis of revenues derived from the sale of sugar and molasses, and there is a formula in the agreement that determines the net revenue that is derived from those sales. That revenue seeks to value the sugar once it is produced at the factory; it’s like an x-factor value, and there is a formula of how that value is determined. Once that value is determined, 65% of that is paid to farmers for cane, and 35% goes to BSI, from which BSI then has to recover all of its cost that is incurred while producing sugar”, he declared.

Carballo then went on to state that one key aspect of the previous agreement that has been retained is the method by which the price of the cane is calculated – which is done on the basis of a metric value, which is arrived at by subtracting expenses incurred in taking the sugar from the factory to the market, from gross revenue.

“Once the sugar has been produced at the mill, we try to quantify that value by taking the gross revenue, in other words what you actually invoice the buyers for, and you deduct those costs that you incur in getting the sugar from the factory to the market, which is essentially freight and handling.

“Once you arrive at that value, 65% goes to the farmers for payment of cane, and then 35% goes to BSI, so that formula is essentially being retained in the new agreement,” Carballo explained.

Carballo noted, however, that they have added the payment for bagasse, which he said will be based on the formula that they (BSI) previously presented, which he said “essentially seeks to value the amount of fiber that is part of the bagasse which is later used to generate electricity that is sold to BEL. So, that formula calculates the amount of fiber, and using 2013 crop as an example, that worked out to be 51 cents, but it’s not really 51 cents as such; it is actually a formula that is being proposed which will vary from crop to crop depending on how much cane there is, how much fiber comes in the cane, and the cane price.”

“Those are the main determinants of that formula that will impact on the payment content for bagasse, but that will become part of the formula to arrive at the price for cane that is being retained,” said Carballo.

While the new proposed commercial agreement has been in the pipeline for over two years, the proverbial pipe burst when the ongoing issue over bagasse payment surfaced shortly before the 2013/2014 sugar crop season, which was sidelined for over two months, in part because of a standoff in which local cañeros refused to deliver cane to BSI’s Tower Hill factory in the absence of an amicable agreement for bagasse payment.

Both sides later agreed to commence the season in late January and to conclude negotiations by the end of the last crop season; however, the controversial matter remains unresolved. Carballo outlined that the new agreement will definitely involve a quantum payment for bagasse, but noted that BSI/ASR did not change their position in terms of the company’s proposed formula for the quantum bagasse payment, which remains at 51 cents per ton.

According to Carballo, the formula is based on the percentage of fiber contained in the sugar cane, and the quantity used by the Belize Co-generation Energy Limited (BELCOGEN) to sell electricity to the Belize Electricity Limited (BEL).

Based on the 2013 BELCOGEN report, BSI is willing to retroactively pay cane farmers 51 cents per ton of cane delivered; however that proposal was flatly struck down at the last cane farmers’ meeting, since the cañeros believe that they are being shortchanged by the sugar company.

Of note is that this is the first time that BSI/ASR presented, in black and white, an audited financial report of BELGOGEN to the BSCFA since the negotiations commenced, which is something that the BSCFA has been clamoring for from the payment proposal was first presented by BSI.

“We would like to put this point to rest because the biggest point for us is that BELCOGEN is yet to turn a profit, and we have been expressing that to the BSCFA. We have shared financial information to support that, but still there is that credibility issue and so to address that matter, we have requested from our external auditors a specific audit of the financial information, and that report has been submitted to them [BSCFA].”

Carballo further explained that the new agreement also seeks to introduce an improvement in the method of delivery of sugarcane, since farmers have lamented that they find it frustrating when they are not able to deliver their entire product on time.

“We are trying to address that matter by forming a group of both BSI representatives and BSCFA representatives who would be working as a group throughout the crop to plan the harvest based on information that is now more available than before – information about maturity, about varieties, about where those fields are, and so it is important that we plan the harvest in a way that is most efficient because at the end of the day, we want to ensure that the quality of the cane that is delivered to the mill is optimized so that we can extract as much sugar from the cane as possible,” he said.

As the situation currently continues without much progress, Alfredo Ortega, the vice chairman of BSCFA’s Committee of Management, later informed us that they also have a proposal that they are planning to present to BSI at their next meeting.

At the same time, Ortega stressed that local cane farmers have not given the association any directives to accept any proposal from BSI until the next cane farmers’ meeting, at which the cañeros will scrutinize BSI’s most recent proposal.

Ortega, however, maintained that they (BSCFA) are determined to conclude the negotiations before the next crop season begins in the next two months.

BSI and BSCFA are scheduled to meet again on October 9, 2014 to discuss their review of the proposed commercial agreement.