Home Headline Tacos, gyms and boledo are back!
Headline 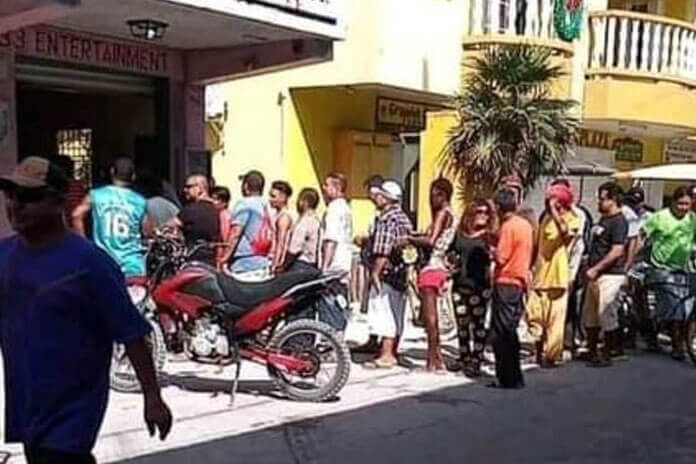 BELIZE CITY, Sat. May 30, 2020– The national lockdown resulting from the COVID-19 pandemic that brought Belize’s economy to a standstill has been eased for the time being, since Belize has no active case of the novel coronavirus. Prime Minister Dean Barrow announced yesterday at his virtual press conference that government is lifting some State of Emergency restrictions in an effort to spur more economic activity.

One stiff measure under the State of Emergency that is being somewhat relaxed is the maximum number of persons that are allowed to congregate at any social gathering. The number of persons who are now allowed at social gatherings has been raised from ten to 40 persons — an increase that will be particularly meaningful for places of worship. Prime Minister Barrow noted that churches “with the requisite space will be able, physically, to host congregations of that size.”

Another welcomed reprieve is the permission that is now being granted to street vendors to resume their activities. Barrow announced, “Tacos and other street vendors can get back to business, but will need to comply with certain sanitary protocols. Those protocols are being finalized and will be handed to those who have emerged as the leaders of the street vendor community between today and tomorrow.”

In addition, whereas in the last two weeks only open-air restaurants were allowed to provide in-house dining, that permission has now been extended to all restaurants — provided, said Barrow, that physical distancing and other safety protocols are followed.

Barrow further announced that the “sale of boledo, much anticipated at least in some quarters, will restart and casinos will also be allowed to be reopened,” but he noted that neither smoking nor alcohol consumption is to be allowed in the casinos.

Additionally, gyms will be granted permission to resume their operations, “in accordance with the strict guidelines ratified by the NOC” and “all non-contact open air sports are to be permitted for practice and exercise purposes”. (According to the Attorney General, tennis and volleyball are allowed, and can be played without a mask, but basketball and football are not allowed due to the contact nature of those sports.) Prime Minister Barrow added that sport fishing is also allowed and exercise hours are no longer restricted to the 5:00 a.m. to 8:00 a.m. period.

Prime Minister Barrow also announced a slight change in curfew. “General curfew hours are being broadened only for Fridays and Saturdays. Thus, on those two days, curfew will be from 9:00 p.m. to 5:00 a.m.,” said Barrow.

Picking up where the Prime Minister left off yesterday, Attorney General Michael Peyrefitte explained the amendments to the Statutory Instrument which has been enabled by the Emergency Proclamation signed by the Governor General.

From the start of his presentation on the Ask the Experts webcast, AG Peyrefitte explained that all the new social protocols that were put in place to fight COVID-19 remain in place. Masks must be worn at all times in the public, and social distancing must be observed by all Belizeans. In addition, the curfew remains in place, but the starting hour will be adjusted from 8:00 p.m. to 9:00 p.m. for two days on the weekend.

Peyrefitte also hinted that the curfew may be extended beyond the end of June, when the present State of Emergency Proclamation has run its course.

Peyrefitte stressed also that the borders and the airport remain closed.

In reference to the permission that is now being granted to tacos and street vendors to operate, Peyrefitte noted that the Ministry of Health will be approaching these street vendors to put in place certain protocols that they must follow in order to maximize the hygiene and general cleanliness that must be maintained when food is being prepared and handled.

Peyrefitte also noted that, in regards to the opening of gymnasiums, the National Sports Council will be coming up with a set of rules under which gyms will be allowed to operate.

The Attorney General also explained why drinking or smoking will not be permitted in casinos. “We want to limit your hands going to your mouth,” Peyrefitte stressed.

He also specified that social distancing will have to be practiced in the casinos, and casinos in the free zone will not yet be allowed to open.

He also noted that whereas up to 40 persons can attend weddings, banquets or funerals, other social events, such as parties are not allowed. “Parks and playgrounds are still not allowed, because those benches and bleachers are not wiped down and we don’t want our children to get sick”, Peyrefitte said.

Peyrefitte also mentioned that the Marion Jones Stadium is now opened for track and field only, but social distance must be maintained. He said additionally that persons in a private vehicle do not have to wear a mask. “But the minute you come out the vehicle, you need the mask”, he said.

Peyrefitte notes, however, “When you stop at a checkpoint, put on your mask before talking to the officers; it is for your and their protection.”

The new measures come into effect on Monday.