Ministry of Education wants to build new preschool on the union’s land. 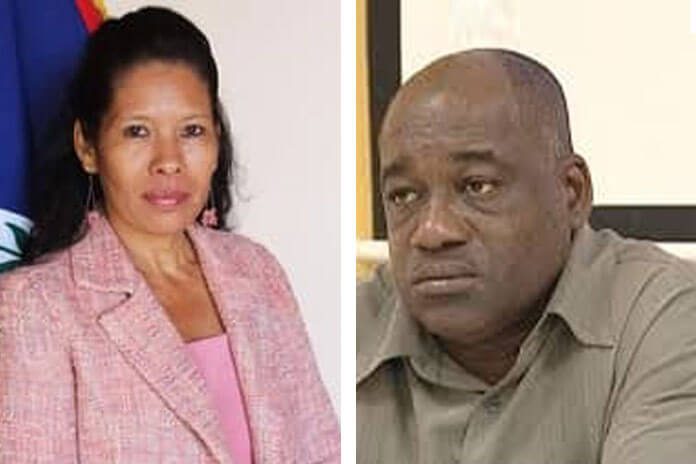 COROZAL TOWN, Thurs. Dec. 12, 2019– There is new friction between the Belize National Teachers Union (BNTU) and the Ministry of Education (MoE) as a result of actions being taken by the ministry in accordance with its Education Quality Improvement Program (EQIP), which has been run by the Ministry of Education since 2015 and was designed to improve the quality of education for primary and secondary students by adequately training educators and developing new schools and educational facilities in the country.

The program, which was discussed as recently as December 4 at the last House of Representatives meeting, exists to furnish teachers with the skills and tools necessary to apply more effective learning strategies and yield higher standardized test results.

However, BNTU members are feeling undermined, according to BNTU’s 1st National Vice President, Luke Palacio. At the center of the issue is the “Teachers’ Site” in Corozal Town, which has apparently been under the care of the union for years. The parcel has been utilized by the teachers as a part of the Northern Housing Co-op for an undisclosed number of years.

Recently, though, a sign was put on the property, informing residents of a new public primary school that will be erected there.

In an interview with News 5 Live, Palacio asserted that the union has made various attempts at addressing the ownership issue both with the Lands Department and with the Corozal Town Council due to the amount of years that the property has been under their care.

However, to the teacher’s chagrin, this does not seem to have an effect on the intentions of the Education Ministry, as a groundbreaking ceremony for the preschool was scheduled to occur on Wednesday. Palacio had these comments to make regarding the current situation:
“It has come now as a total surprise to us that the Government of Belize, through the Ministry of Education, has decided that they are going to acquire this land for the construction of a preschool under the EQIP project.

“We have also been made to understand that it was a different parcel of land that would have been assigned or proposed to the ministry for them to carry out this project, but they instead probably refused and decided to choose this site, the teachers’ site.

“In fact, if you look at the invitation, it does say that this construction is taking place on the teachers’ site. We find this very distasteful. We see this again as an attempt of the Ministry of Education and maybe particularly the Minister of Education, to continue his efforts to try to undermine the BNTU, as we continue to fight for our rights as a unionized organization.”

Based on further reports, BNTU president Senator Elena Smith and the Ministry had a discussion on the matter on Monday, December 9, but there was no mutual agreement on the proceedings of the project.

The ceremony was subsequently postponed, but Senator Smith, in a memo, has roused all union branches to prepare themselves to protest should the MOE proceed with their intended plans.

The Ministry asserts that the property was registered as Crown land and was acquired among some thirty-five parcels of land for the EQIP Project.

Facebook
Twitter
Pinterest
WhatsApp
Print
Previous article“Sure I loved the ladies. But I got a bum rap,” says 101-year-old RB
Next articleAccident on the Stann Creek Valley road yesterday