Their families fear they may have been murdered 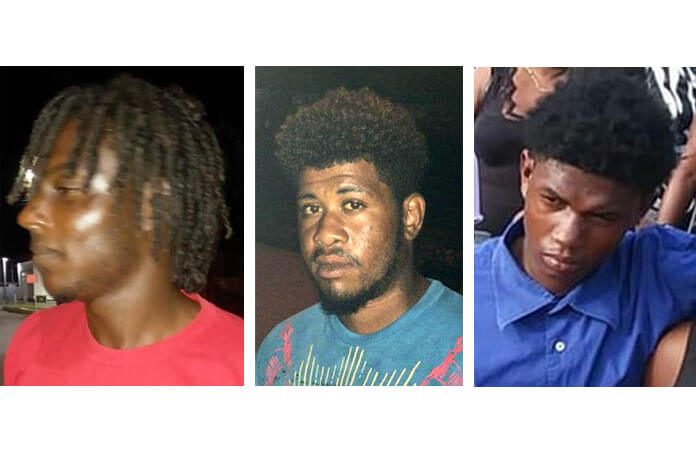 BELIZE CITY, Mon. Nov. 25, 2019– Last Friday morning, November 22, three young men went fishing in the Mapp Caye area, and by Saturday, a relative of one of the men filed a missing person report with the police and was seeking the assistance of the authorities to search the general area where the three young men had gone fishing.

Around midday today, Monday, a search party came upon a boat which was said to be riddled with bullets. Initially, it was believed that the boat, found in the area of Drowned Caye, was that of the missing fishermen.

The missing men’s family members, however, confirmed to 7News that the boat found today was not that of the missing fishermen. The fishermen left in a relatively new white skiff with the name “Lorraine” boldly displayed.

Today, at their press briefing, Assistant Commissioner of Police Joseph Myvett, who heads National Crimes Investigation, updated the media on the missing fishermen.

“On Saturday, Belize City police received a report from a relative of one Sheldon Gibson. She reported that on Friday, Sheldon Gibson, 22, who is her brother, along with one Elijah Usher and Kevin Roches, left Belize City in a white skiff to go fishing in the Mapp Caye area. Family members have tried contacting them since Friday and have been unable to do so,” he stated.

“As a result of the report, police and Coast Guard officers visited the Mapp Caye area, where searches have been going on since the report was made,” ACP Myvett said.

Relatives of Sheldon Gibson described the 22-year-old as being seafaring since he was very young.

However, they had expressed concern that Gibson was going out to sea with young men who are younger than he is.

One of Gibson’s relatives told News5, “On Friday morning, he left his home en route to sea to go fishing. Normally, he would come home in the evening, and for some reason, on Friday he didn’t return home in the night.”

“My mother usually calls him to confirm whether he was going to bring something to eat or if she has stuff at home for him to eat. But when she called him that Friday, she didn’t get any answer; his phone just rang and rang,” the relative said.

Gibson’s relative added, “As a child, he grew up on the sea, but I still don’t think that he had known much or enough to be out there with younger folks than him, you know, and we spoke to him about that.  We told him, you know, ‘Sheldon, you don’t know much about the sea.’”

“And our family believed that the sea wasn’t for him; we spoke to him; however, that’s what he wanted.  That’s what he chose and we couldn’t have told him otherwise,” the relative further said.

This is not the first time that fishermen have disappeared in the Mapp Caye area. Jamar Martinez and Allyson Jones’ bodies were found floating in that area. They had been bound together and there were apparent gunshot injuries on the bodies.

In January, Evan Neal, the owner of Mapp Caye, had gone missing after setting out to sea with his employee, Anthony Reneau. Neal’s body was later found decomposing in a latrine, but the body of his employee, Reneau, was never found.

Another employee of Neal, Edinio Humes, was found murdered. Three months after his body was found, a boat belonging to Neal was found.

The police and the Coast Guard are continuing their search for the missing fishermen.