Tropic Air and Construction Depot at the negotiating table 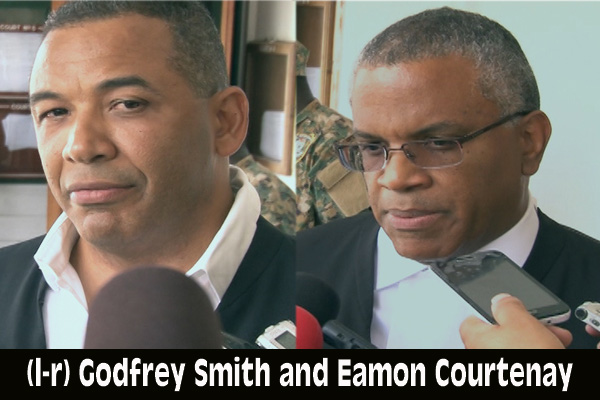 An ongoing dispute over a 300×77-foot plot of land in San Pedro, which was leased to an airline company but partially claimed by 2 other titleholders, is set to be resolved via the Supreme Court, so this morning, legal representatives of both parties filed into the chambers of Justice Michelle Arana, where they proceeded to work out their differences and establish some sort of middle ground in the conflict.

The issue arose after Construction Depot Limited, owned by Brett Feinstein – who has obtained a title for a significant portion of the land in question – filed a lawsuit against local airline company, Tropic Air, in respect of a 100×100-foot parcel of the same property on which the company is currently building a $6M high-tech maintenance facility to expand their operations on the island.

That project has since been halted following a cease-and-desist order issued by the Central Building Authority in the wake of the lawsuit, but Tropic Air has also filed a countersuit for judicial review based on the claim that the Ministry of Natural Resources had not notified the company of any cancellation of their (Tropic Air’s) lease, which, according to the airline company, should not have been rescinded because the company has maintained the property since they got the lease in 2008, and especially since they started construction on the proposed maintenance facility four months before the title was reportedly issued to Feinstein in April of this year.

When the attorneys for both parties emerged from the courtroom, they provided us with an update on the positions of their clients, noting that both sides are in the process of finding a cordial solution to the matter.

Eamon Courtenay, SC, attorney for Construction Depot Limited, said, “I think the parties are making a serious effort to settle the matter. I think that there is a real possibility that the matter can be settled. There are a few matters that need to be resolved, which is to ensure that Mr. Feinstein’s Construction Depot’s rights are recognized, firstly, and secondly, to ensure that there is no encroachment or continued encroachment by Tropic Air. Clearly, so far as we are concerned, there has been an encroachment, and the question is to find a way to resolve that, but I think that with the good offices of the Government, we are able to do that.”

Courtenay stated that there are still a few important issues to be settled, but they are working on resolving those matters.

He did not comment on whether the dispute stemmed from an administrative error in the Lands Department, but rather, said that, “From what I am able to see, as far as Construction Depot is concerned, there is no doubt where we are, that the title is clear, that the intent was to give us the property that was involved in and covered by that title, but what you have is a situation on the ground where Tropic Air apparently went beyond what they had by way of a lease. That lease, as you know, has been cancelled, which is a different issue, but in terms of what is happening on the ground, it is our view that Tropic Air clearly went beyond the limits of their lease.”

Godfrey Smith, SC, who represented Tropic Air, told us that he is similarly confident that both sides can reach a settlement.

Smith, however, was likewise reluctant to place blame on who was at fault for the horrendous blunder which could cost the airline company millions in losses if it turns out that their venture is not able to get off the ground.

“I will not get into that except to say that our client equally says that because of the lease they hold, they are entitled to the benefit of that lease, but because the matter is under negotiations, and all parties are obliged to negotiate in a bona fide manner, I won’t comment on those matters at this time. All I will say is that I believe that the matter is capable of being solved if all parties continue to act in good faith to reach a settlement”, he mentioned.

In an interview late last month, the Minister of Natural Resources, Hon. Gaspar Vega, placed the fault squarely at the feet of his department and stated that the Tropic Air lease and the issuance of subsequent titles for portions of the same property were a result of “human error” which took place before he was elected to office.