Home General Tropic Air to lay off half its workforce
General 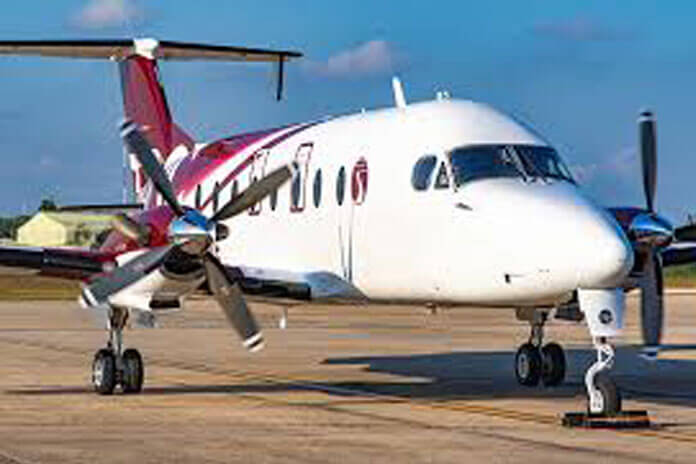 BELIZE CITY, Tues. May 19, 2020– The government’s lifting of some of the national state of emergency restrictions in the battle against the COVID-19 pandemic was recently announced, along with a declaration by the government that it aimed to encourage local tourism to move the Belizean economy along, after more than one month of lockdown.

Grim news came out of the air travel sector of the local tourism industry, however, when it was reported that the local air travel company Tropic Air had announced that it will lay off more than 200 of its employees by the end of this month.

There was no immediate comment from the company, but reports are that some of the employees who were laid off have been longtime employees of the company.

The pandemic has grounded international air travel, and thousands of international airplanes are now parked, awaiting the green light from the United States Centers for Disease Control, before taking to the skies.

The Tropic Air employees are said to have been paid all of the benefits that they have accumulated, so while they now join the thousands of unemployed tourism sector workers, many of them are not as in as dire a need for the meager stipends from the government’s COVID-19 unemployment assistance program as some other laid off workers might be.

The pandemic has ravaged the entire global tourism industry, and many tourism-related businesses will not be able to recover.

Tropic Air, according to a 7News report, had an employment roster of around 400 employees, making the company one of the country’s largest employers. Throughout the lockdown, Tropic Air employees were kept on the company’s payroll, although at reduced pay. The pandemic has dealt a severe blow to the bottom line of the company, which saw a steep decline in business — with its number of flights per day plummeting from 200 daily flights to an average of 5 per day.

Given the number of applicants who filled out the paperwork for government assistance, it is clear that a sizable amount of the Belizean workforce is unemployed, and unlike the United States, where the federal government was able to inject billions of dollars to stimulate the economy, the pandemic has reduced the Belize government’s revenues to an insufficient trickle.

At his last press conference, Prime Minister Dean Barrow said that he does not know when government will re-open the Philip Goldson International Airport. The opening of the PGIA will be contingent upon the availability of rapid test kits for COVID-19 or passport immunity.

Meanwhile, stocks in some of the major cruise ship companies continue their downward spiral on the US stock market, making the resumption of cruise tourism a wait-and-see matter.