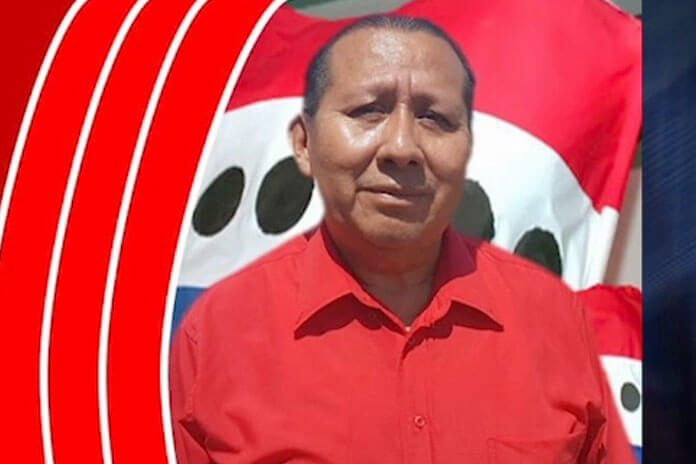 Math and religion teacher got construction contract for over $1 million and the janitor got a $1,620 contract

BELIZE CITY, Tues. Jan. 21, 2020– Julian Cho Technical High School (JCTHS), located on the San Antonio Road in the Toledo District, had its finances and budget allocation for capital projects audited by Auditor General Dorothy Bradley and her staff, and the resulting audit report, which covered the period April 2014 to September 2016, documented a lengthy catalogue of financial misdeeds that were in violation of the 2005 Finance and Audit Reform Act and the government’s Financial Orders.

The Audit Department’s cover letter, addressed to Prime Minister Dean Barrow, is dated October 23, 2019. PM Barrow tabled the audit report on Friday, January 17, at the first sitting of the House of Representatives for 2020.Following his press conference on Thursday, PM Barrow was asked if he intended to hand the report over to the police, and he replied “absolutely.”

The Finance and Audit Reform Act makes it mandatory for government contracts above $20,000 to be put out to tender. In the case of JCTHS, however, this was not done for a total of 19 contracts, which totaled over $2 million dollars.

When the school’s principal, Dr. Simeon Coc, and the school’s chairman, Gregorio Chee, were asked about the Finance and Audit Reform Act, they told the audit team who interviewed them that they did not know about the Act, nor did they know about the government’s Financial Orders, which their management style completely and totally violated.

There is an old adage, however, which says: “Ignorance of the law is no excuse.”

Speaking on the adjournment at Friday’s sitting of the House of Representatives, the Hon. Oscar Requeña, the Opposition People’s United Party area representative for the Toledo East constituency, told the nation that at JCTHS, a teacher got a building contract for over $1 million. Hon. Requeña did not hesitate to call the name of the teacher/contractor —Francisco Recinos

According to the Auditor General’s report, Francisco Recinos, a math and religion teacher, got a construction contract for $1,131,134.35. Recinos was interviewed by the audit team.
Apart from Recinos, other staff members of JCTHS also got contracts from the school under its principal, Dr. Simeon Coc, who is no longer at the school and is now a candidate for the governing United Democratic Party in the upcoming general elections.

Dr. Coc awarded a contract to a teacher who teaches construction, Oliver Garay, for $92,000; and Derick Borland, an IT teacher, got a contract for $104,628.67 “for IT supplies and services” that he provided to the school.

In addition, Winston Lopez, the school’s vice principal, collected $12,160, also for IT supplies.

Former principal, Dr. Coc, told the audit team that he gave the contracts to his staff members because they would always be available, because they are at the school and that they did not carry out their work on school time.

Chairman Chee and Principal Coc of JCTHS gave similar answers to the audit team when they were asked why the staff members of the school were hired to carry out the additional functions.

In some instances, the teachers employed sub-contractors and did not perform the work they had contracted to do themselves.

The audit report also highlighted the fact that JCTHS made purchases in violation of the Ministry of Finance 1992 circular which states that for purchases over $1,000, three quotations are required before purchases are made.

The audit of JCTHS also uncovered that fuel was bought improperly and put in the vehicles of individuals. The amount of fuel bought totaled almost $60,000. The school also bought a van based on a handwritten note.

There were a number of salary advances that were given to staff members without the authorities properly documenting the terms of repayment; the audit discovered that over $35,000 was given as salary advances.

The audit report found that the majority of contracts that were awarded by the school were in violation of the Finance and Audit Reform Act, and none of the contracts were submitted to the Contractor General for his review.

The audit report was complete, with a number of exhibits detailing the various irregularities committed against the various mechanisms in place to provide for the proper accountability of how government finances are handled and managed.

Since Prime Minister Barrow acted swiftly in the case of the audit report on the National Sports Council, it remains to be seen if he will act with equal dispatch when it comes to the former principal of Julian Cho Technical High School, given that the former principal, Dr. Coc, is the United Democratic Party standard bearer in the Toledo West constituency.