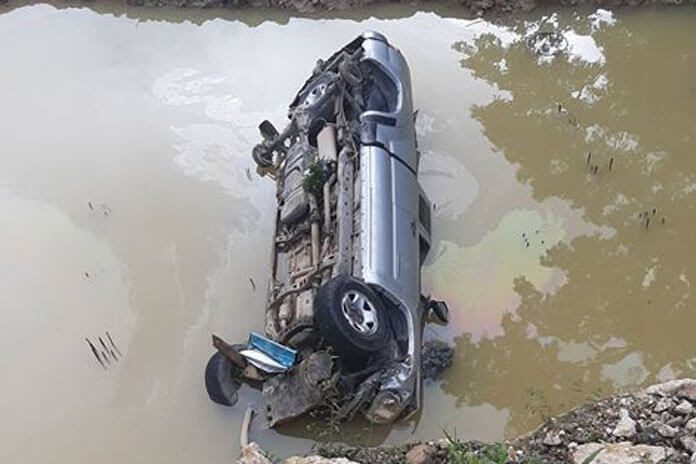 ST. MARGARET, Stann Creek District, Fri. Jan. 17, 2020– At about 7:30 Friday evening, a vehicle in which a couple and their two daughters were traveling from Belize City to Placencia, missed the bridge at St. Margaret on the Hummingbird Highway, overturned and fell into the creek below.

Luckily, the driver of a vehicle that was traveling behind them saw what happened, and rushed to their rescue, and took them out of their vehicle.

The occupants of the submerged vehicle were Michael Ramos; his wife, Lilian Ramos, and their two daughters.

When Michael Ramos, who was the driver, was recovered from the pickup, cardiac pulmonary resuscitation (CPR) was conducted to revive him. He was then rushed to the Western Regional Hospital, where he is admitted in a stable condition.

Lilian Ramos told the media that she believes that her husband fell asleep behind the wheel. She said that before commencing the journey from Belize City, they prayed.