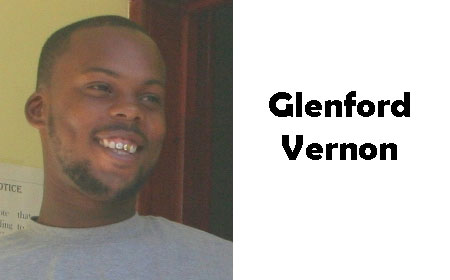 BELIZE CITY and ROARING CREEK, Cayo District, Mon. Jan. 18, 2016–We are only half-way through the first month of 2016, and police have already recorded ten murders that were committed – an unwelcomed statistic, since Belize recorded seven for the whole month of January 2015.

The tally for January 2014 was also ten, but the month of January 2016 is far from finished.

With ten murders already, we have surpassed the tally for January 2015. Many mothers have lost their sons to the senseless gun violence, mainly in the city. It reminds us of the scripture at Matthew 2:18: “Rachel weeping for her children, and would not be comforted, because they are no more.”

Amandala spoke with a few of the mothers to find out just how they are coping with life after losing their sons.

Angella Wiltshire, whose son, Glenford Vernon, 25, died on September 3, 2015, when he was gunned down while getting a tattoo of her name at a tattoo shop, told Amandala that even though she is a crime scene technician and works very closely with the police in that capacity, she does not feel that the police are doing all they can to solve her son’s murder.

In another tragic incident last year, on January 21, 2015, the decomposed body of Emerson Daly, 24, of Roaring Creek, Cayo District, was found three days after he went missing, floating face-down in the Belize River in the Never Delay area of the Cayo District.

Desiree Matute, 47, Daly’s mom, told Amandala that some days it really hits her hard, to the point where she cannot stop crying. Daly was the eldest of her four children, and he was killed a few weeks before his 25th birthday, which would have been on February 8, Matute said.

It is almost a year since Daly was murdered, and no one has been arrested for his murder, Matute said. “I feel the system has failed me, since I have not gotten any justice for my son’s murder,” she added.

Hadie Welcome, 49, Matute’s sister, lost her youngest son, Jermaine Welcome, to gun violence almost three months after Daly’s murder on April 11. Welcome told Amandala that her son died from a single gunshot. The incident occurred at Elston Galvez Football Field in Roaring Creek, and his murder has affected the entire family. Welcome said that she would get sick if she thought about him a lot, because she suffers from (high blood) pressure.

Welcome also has not gotten justice for her son’s murder, but she said that she leaves everything in God’s hands.

Another victim of gun violence last year was Reuben Perez, who was just one of the many heads-of-households gunned down in 2015. Perez was shot at his business establishment. Now, Sonia Perez, 48, his wife, and their only child, daughter Alexandra Perez, 23, are left to run the business.

Alexandra Perez, who spoke to Amandala on behalf of her mom, who only speaks Spanish, said that her mom feels sad and frustrated, but must be strong in order to move on.

These women are the secondary victims of gun violence, and it was obvious as we interviewed them that they were still hurting and traumatized by the event that took their loved one.

There were many businesses that came under attack in 2015. Two unmasked men robbed Yans Supermarket in Trial Farm on Saturday, October 3, 2015.

On Nov 7, 2015, Alexander Fraser, 29, a businessman of San Ignacio and owner of Julie’s Hardware Store, reported to police that he closed his store at approximately 4:30 p.m.

Saturday evening, and the following day, Sunday, when he returned to his business establishment, it had been broken into and the thief or thieves had made off with $10,000 in cash.

Daniel Nolberto, 25, the Stann Creek District Sports Coordinator, told police that he was in his office, sitting behind his desk on Friday morning, October 30, when a man came in, pointed a gun at him and demanded that he hand over his belongings.

The thief made off with an HP laptop computer valued at $1,200, two printers valued at $150 and $65 cash belonging to the Government of Belize.

Businesses located in downtown Albert Street no longer remain open until 9 p.m. as they once did, long ago; instead, they are closing at 7 p.m. One of the proprietors told Amandala they have changed their opening hours because people are afraid to come out at night.

Also, tourists spending their vacation in Belize have been attacked in several incidents. In December, in San Pedro, a tourist was stabbed in her head and back after refusing to give money to a man who begged her for $20.

Another tourist, Anne Swaney, who worked for ABC 7 in Chicago, was attacked and killed while on vacation at the Nabitunich Resort in San Jose Succotz last week, and her body was found in the Mopan River.

The tourist industry was labeled by Prime Minister Dean Barrow, in his Independence speech in 2015, as our number one industry and so many efforts have been, and are being, made to improve its image. However, if we are unable to get crime under control, all our efforts might just prove futile.

Also, the media, whose role has been that of observing and reporting, suddenly became the news when one of our own, Kareem Clarke, lost his life as a result of the gun violence.

We got the public to weigh in on the crime situation in the country. Here are extracts from what members of the public told Amandala:
One individual said, “The problem in Belize is that we have lost respect for each other. We forgot the greatest commandment – ‘Love the Lord, your God, will all your heart, soul and mind, and love your neighbor as yourself.’”

Another person said, “Crime causes people to be alienated by staying inside their homes. There is less confrontation for fear that a gun might come up and so problems are left unsolved.”

“Criminals have also become more brazen, because if you have 4% conviction, it shows that the justice system is ineffective. It also leads to vigilante justice, where people take matters into their own hands, since the court system is failing them,” said another person.

This person ended by saying, “The government needs to close down the country and take stock of the situation.”

Albert Einstein once said, “You cannot solve a problem at the same level it was created.”

One of the individuals we spoke with, who was thinking along these lines, said that the problem is bigger than the police, so the church needs to get involved, not because they have the answers, but because they can make inquiries to the “higher power” for answers.

Dr. Philip Castillo of the University of Belize told Amandala that crime has a substantial economic cost, since it discourages foreign and local businesses from making investments, which further reduces economic growth.

Castillo said that crime increases the cost of doing business – for example, the resort owner of Nabitunich, where the tourist who was killed last week was staying, will have to invest more in security. These “additional security measures divert resources away from business expansion and productivity improvement,” he said.