Home Headline Violent crime and robberies on the increase
Headline

Violent crime and robberies on the increase 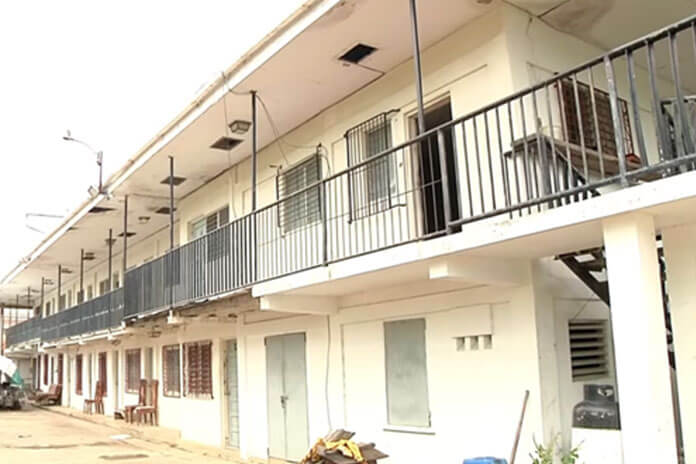 BELIZE CITY, Mon. June 15, 2020– A spike in aggravated robberies and burglaries has been noted. Commissioner of Police Chester Williams, in speaking to the media, said that many Belizeans are now out of work due to the effects of the COVID-19 pandemic, and they have families to take care of and will thus take opportunities to rob others.

Among the numerous incidents of robbery that have taken place recently are the following:
On Wednesday, June 3, Estell Airport Hotel owner Dudley Estell, 89, was held up and shot during a robbery that was carried out by three Belize City men, who got away with $1,500.
Ricardo Neal, 21, a sales clerk of Western Gas Plaza, a butane company of San Joaquin, was in the company office, his place of work, at about 3:30 Tuesday afternoon, June 9, when two men rode up on separate bicycles, and one of the men, who was armed with a gun, pointed it at him and demanded money. The robbers then stole his cell phone and his jewelry and walked out of the office. They then rode away on their bicycles.

On Wednesday, June 10, in Corozal Town, two robbers held up the cashier at Huang Huang Store, located on College Road, and got away with an undisclosed amount of money.

Late last week, a house in San Ignacio was burglarized and the thieves got away with items totaling over $3,000 in value. The break-in was discovered on Thursday morning, June 11, by the caretaker of the house, Merlene Humes, 19, who called police, who went to the home and found that the thief or thieves gained entry into the house by cutting the burglar bars and removing louvers from a window in the rear of the house.

Humes and police found that the burglars had ransacked the house and escaped with two flat screen television sets, $700 cash, a trimming machine and a pair of Nike tennis shoes, which together had a value of $3,030

At about 11:30 Thursday morning, June 11, Luis Valdez, 62, a store owner of Santa Elena, was beaten in his head with a gun by an armed robber who entered his store, Tienda La Gracia De Dios, and who then held him up. The two thieves got away with $300 cash and an iPhone valued at about $1,300.

Valdez was treated at the San Ignacio Community Hospital, after which he was released.

On Saturday night, June 13, a Chinese businessman of Sandhill was held up and beaten by 3 robbers who stole his wallet, which contained an undisclosed amount of money.

They then took away his store keys, went into the store and stole an unknown quantity of goods and then escaped.

Last night, Sunday, June 14, Tina Gillett, 20, was walking in the city near Happy Hour Bar in Belize City when she was held up by one of two men who robbed her of her cell phone and her purse.

Also, on June 14, in San Ignacio, a home was burglarized and a number of items were stolen, including a 12-gauge pump action shotgun.

These are just some of the crimes that have begun to bedevil Belize once more.

Commissioner Williams said that they cannot stop every crime, but they will continue to go after the criminals as best they can, with the cooperation of the public.

Facebook
Twitter
Pinterest
WhatsApp
Print
Previous article“As I recollect…” — Reclaiming our Story in the Best of Times: On the 1918 Spanish Flu in Benque Viejo del Carmen
Next articleFilling the gaps; down memory lane with football great, Charlie Gardiner