What will Japan do with all of its empty “ghost” homes? 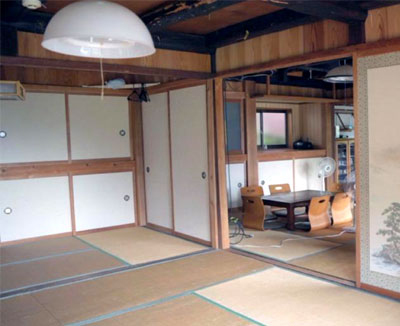 With more than 20% of its population aged 70 and older and the birth rate declining, Japan has a property problem: there are more homes than people to live in them.

JAPAN, Thurs. Oct. 31, 2019 (BBC)– Population decline is a major issue for many countries. It’s of particular concern for Japan, which after experiencing a major boom throughout the 20th Century is now seeing steep population contraction. In 2018 the lowest number of babies were born since the country began keeping records, while deaths steadily outpaced births.

And, as populations decline in countries across the globe, the demand for housing will also drop as the number of households decreases. This is already happening in Japan, where the country’s dramatically ageing population is fuelling a massive inventory of vacant homes. Known as ‘akiya’, these are homes left abandoned without heirs or new tenants. A record high of 13.6% properties across Japan were registered as akiya in 2018, and the problem is predicted to get worse; not only do relatives want to avoid inheriting homes due to Japan’s second-home tax, but there are fewer citizens overall to occupy them.

Akiya dot the landscape all over Japan, listed in ‘akiya banks’ from Tokyo prefecture to rural Okayama prefecture to mountainous Kumamoto prefecture in Kyushu, at the southern end of the Japanese archipelago. Akiya are particularly concentrated in rural areas as younger generations abandon their roots in favour of settling in cities where there are more opportunities – a phenomenon that’s causing dramatic global population shift around the world.

In these rural areas where demand for homes is already low, akiya are worth so little that estate agents don’t want to take them on; they can’t make money from fees, which are calculated based on a percentage of the property value. In some cases, especially in the most remote areas, lack of interest means that there isn’t an estate agent to handle these properties at all.

Although a growing number of vacant properties are being listed on akiya banks, authorities generally haven’t been able to enforce renovation or demolish many of them without being able to identify owners from whom to get permission. Local councils are feeling pressure to ensure the akiya don’t become a burden in the event of natural disasters. Since most akiya are a few decades old, these older wooden homes less likely to withstand typhoons and earthquakes. This means any damage clean-up of damaged empty properties falls on others.

In rural Okutama, a quiet, mountainous town in the north-western valleys of Tokyo prefecture two hours from the capital, akiya are in oversupply.

Four years ago, Okutama Council’s Youth Revitalisation Department started a programme to use the akiya donated by heirs who preferred giving away homes to leaving them vacant. New tenants who take on an akiya can pay a small monthly fee across 15 years, after which they’ll get the property’s title as well as fees refunded. In effect, the rent contributes to a small portion of the property tax, with the council providing them with help on the rest.

Still, despite the town facilitating basic architectural maintenance, offering an additional allowance of up to $18,000 to renovate the property and including free children’s services for prospective tenants, Okutama is still struggling to find new residents – especially with other schemes subsidising family housing that include newer homes. So far only seven families in Okutama have chosen to opt for akiya, according to the council.

Dr. Chie Nozawa, professor of science and engineering at Toyo University, predicts the akiya problem will grow largest in central areas of big cities that haven’t found solutions to revive older neighbourhoods in which populations are declining rapidly. This is especially the case as suburban towns spring up with new housing in lieu of residents taking up akiya.

This means that the future of these buildings – and, often, the small towns hoping to court residents to live in them – depends on whether or not local councils take strategic action to utilise akiya. “Solutions need to be implemented to bring in new generations,” says Nozawa, “or otherwise the rapidly declining population will only fuel more vacant towns and buildings.”