Home Headline Who will win the 2020 Krem Cycling Classic?
Headline

Who will win the 2020 Krem Cycling Classic? 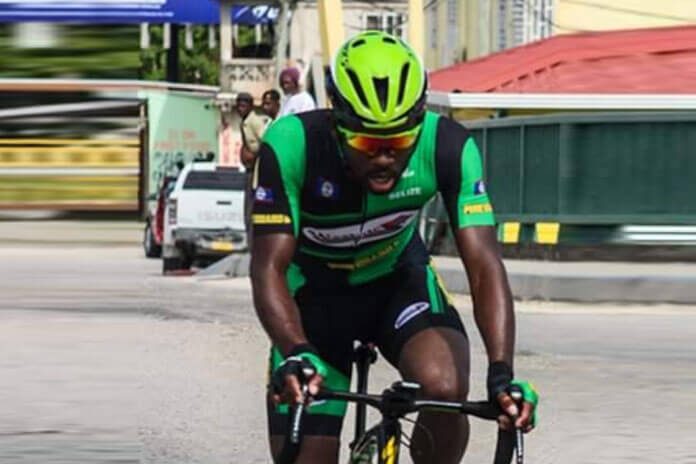 BELIZE CITY, Mon. Dec. 30, 2019– The 30th edition of the KREM New Year’s Day Cycling Classic takes off at 9:00 a.m. from in front of the Customs checkpoint less than half-a mile-from the Mexico-Belize Border and there’s growing intrigue and tension in the air.

From its inception 30 years ago, the race has always been unpredictable and exciting since it is a long sprint on one of the nation’s longest, straightest, flattest roads, coming at the tail end of the festive season of drinking and dining.

Grizzled veterans, heretofore unheard-of youths and unknown foreigners have swooped in to win and in the past decade a growing list of large cash station prizes have increased the pace and the excitement. That list numbers seven $1,000 prizes and a $2,000 prize at the One Stop Service Station in Orange Walk, about one every 10-12 miles or so on average.

The elite champion will collect a $2,500 pay day for winning whilst second and third place will be rewarded with $1,500 and $1,000 respectively, making this one of the richest races on Belize’s cycling calendar.

Giovanni Leslie rode strong all year and will be backed by his brother Gregory “Bullit” Leslie and a Digi team which has his father at the helm. He has also placed in the top finishers several years.

Oscar Quiroz made Belize proud winning a Silver Medal two months’ ago in the 19th Caribbean Cycling Championships in Havana, Cuba. This month he also won the Tour of the West.

His resumé also includes a fifth-place finish in the KREM race and the Junior Cross Country and National Road Championships.

Defending champion John Delong finished second in 2018 before taking the 2019 crown. He will again be accompanied by his Skyline teammates from the United States and you can bet he will be there at the end.

Among those veterans expect a strong showing from the likes of Jose Choto, Henry Moreira, Byron Pope, Ron Vasquez and Liam Stewart.

The KREM Classic will also feature a female race and a juniors’ race with $1,000 first place prizes. Both are as intriguing as the male elite.

The ladies’ field will not be large, but it should pit defending and 2x champion Kaya Cattouse (C-Ray/D Banner) against 5x champion Alicia Thompson (Belize Bank Swoosh), as well as up and coming Nicole Gallego (Digi).

Alicia did not ride the 2019 race having been off her bike for almost the entire year. She returned in time to ride the Cross Country and finished second to Kaya but after several months of renewed and increased activity she appears ready for the race and determined to become the first cyclist to win a major classic six times.

Kaya won every female race she participated in Belize in 2019, and rode in Mexico, Trinidad, Chicago and Cuba as well. She appeared primed to complete her domination until a spill on December 12th side-lined her. Although she has registered to compete on New Year’s Day, she will still require medical clearance to do so.

Nicole Gallego has ridden strong and often all year after debuting in the 2019 KREM. She recently finished first in the 2-day, 4 stage Digi Tour of the West.