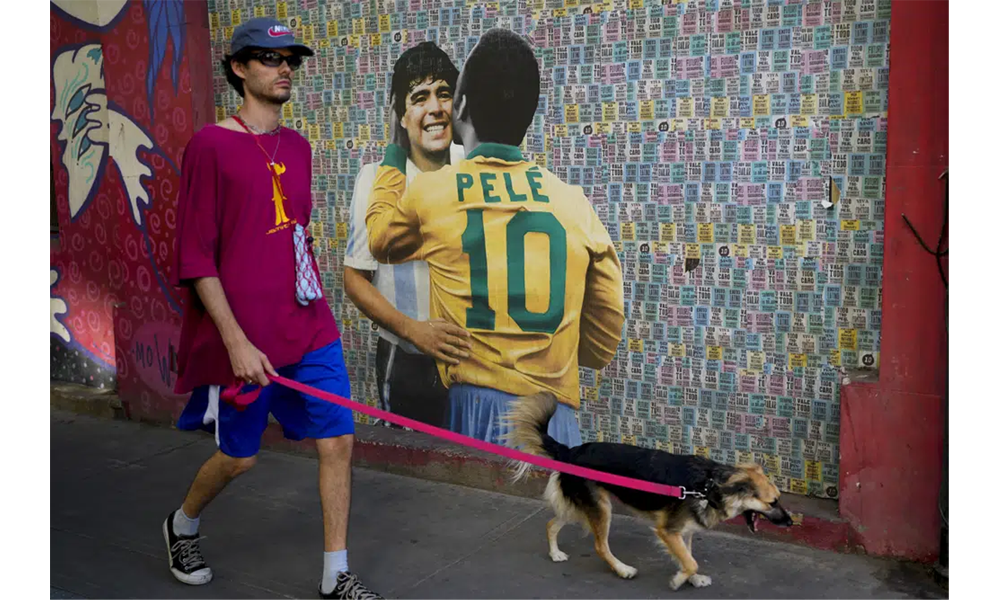 Reactions poured in from around the world to the death of Brazilian soccer legend Pele. He died of cancer in Brazil at age 82. His grace, athleticism and mesmerizing moves transfixed players and fans.

“A simple goodbye to the eternal King Pelé will never be enough to express the pain that hits the entire world of football at this moment. An inspiration for so many millions, a reference of yesterday, today, always. The affection he has always shown for me was reciprocal in every moment we shared, even at distance. He will never be forgotten and his memory will last for ever in each and every one of us football lovers. Rest in peace, King Pelé.” — Cristiano Ronaldo, Portuguese soccer star.

“Your place is on God’s side. My eternal king. Rest in peace.” — 1970 World Cup winner Roberto Rivellino and teammate of Pele on the Brazilian national team.

“Before Pelé, ’102 was just a number. I read that somewhere at some point in my life. But that line, beautiful, is incomplete. I would say that before Pelé football was just a sport. Pelé changed everything. He transformed football into art, entertainment. He gave voice to the poor, to the Black and above all he gave Brazil visibility. Football and Brazil elevated their standing thanks to the King! He is gone, but his magic will endure. Pelé is eternal!” — Brazilian soccer star Neymar.

“With the death of Pelé, soccer has lost one of its greatest legends, if not the greatest. Like all legends, the King seemed immortal. He made people dream and continued to do that with generations and generations of lovers of our sport. Who, as a child, didn’t dream of being Pelé? …. The King will remain the King, forever.” — Didier Deschamps, former player and manager of the French national team.

“It will be very difficult to find another Pelé. Pelé had everything a player should have. Agile, jumped like no one, could kick with both legs, physically very strong and brave. There was no one like Pelé.” — Cesar Luis Menotti, Argentine coach and Pele teammate in the Santos football club in Brazil.

“Farewell to the King. The master of the beautiful game.” — Chelsea Football Club.

“Manchester City are saddened to learn of the passing of Brazil legend Pelé, one of the all-time greats who did so much for the beautiful game. May he rest in peace.” — Manchester City Football Club.

“Thank you for the joy you brought to football fans around the world.” — Manchester United Football Club.