Home Headline 12 years for killing his brother over a quart of rum!
Headline

12 years for killing his brother over a quart of rum! 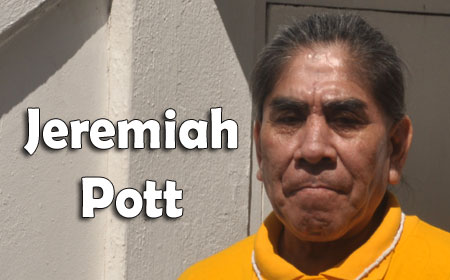 BELIZE CITY, Tues. Feb. 10, 2015–This afternoon, Supreme Court Justice Adolph Lucas sentenced a Bermudian Landing man to 12 years in prison after the court accepted his guilty plea to manslaughter for the killing of his older brother, for which he was initially facing a murder indictment when the incident first occurred.

The Crown, however, dropped the murder charge and re-indicted him for manslaughter.

Jeremiah Pott, 54, had spent almost 4 years on remand for the death of his brother, Fidencio Pott, who was 57 years old when Jeremiah admitted to police in a caution statement that he beat him in the head with a spade during a fight over a bottle of rum on March 21, 2011.

The length of time Pott spent in prison was deducted from the sentence, and he was spared another year because he pleaded guilty and “spared the court time and resources,” Justice Lucas noted, when he sentenced Pott to spend a total of 7 years out of the 12 year-sentence

In a mitigation plea, Pott’s attorney, David Morales, asked the court to consider imposing a 5-year sentence, consistent with a Privy Council case he relied on as a sentencing guideline.

“My client put himself at the mercy of the court and did not waste the court’s time,” Morales submitted.

Morales explained that his client had already accepted his fate that he would have to spend time in prison.

“But his startling remark to me, as far as he was concerned, was that his sentence is already a life sentence, in that every morning when he wakes up, he has to face the fact that he killed his brother,” Morales told Justice Lucas, who heard the case without a jury.

The Crown, however, represented by Crown Counsel Portia Staine, submitted that the facts of Pott’s manslaughter indicate that it borders on murder.

“In the instant case, the deceased was hit in the head with a spade and as a result, he fell to the ground, and when he fell, the accused continued to beat him in the head with the spade,” Staine submitted in her effort to derail Morales’ argument.

A precedent-setting case that Staine was relying on, furthermore was declared as “not in league with the present case,” by Justice Lucas, “because one, he killed his brother, and two, he pleaded guilty,” said Lucas.

Lucas’ pronouncement brought an abrupt end to Staine’s submission, as the court took a few minutes’ recess so that Lucas could ponder the sentence he would impose on Pott.

The evidence against Pott that was narrated by Staine indicated that around 11:00 a.m., on March 21, 2011, both brothers had gone to the home of Elston Wade, in Bermudian Landing. They were drinking “red top” heavily and began arguing over a bottle of rum.

Fidencio, the deceased, allegedly grabbed Jeremiah by the shirt and pulled him outside, saying as he did so: “Come mek we fight.”

“The accused then grabbed a spade that was by the gate and hit Fidencio several times on the head. After Fidencio fell to the ground, the accused was still hitting him on the head. Mr. Wade heard the accused saying, ‘ah wan finish you off,’” Staine told the court.

Staine said that after Wade told Jeremiah he would inform the police of what happened, Wade saw him looking for the bottle of rum.

The police went to the scene and took Fidencio to the Karl Heusner Memorial Hospital, where a doctor classified his injuries as grievous harm.

On March 26, Fidencio succumbed to his injuries, and Jeremiah, who had been charged in connection with the injuries he had inflicted, was charged with his brother’s murder on September 6, 2011.

In imposing the sentence, Justice Lucas said he was relying on the Court of Appeal decision in Clifford Hyde v. the Queen, in connection with which a range of sentences between 15-25 years had been set for manslaughter.