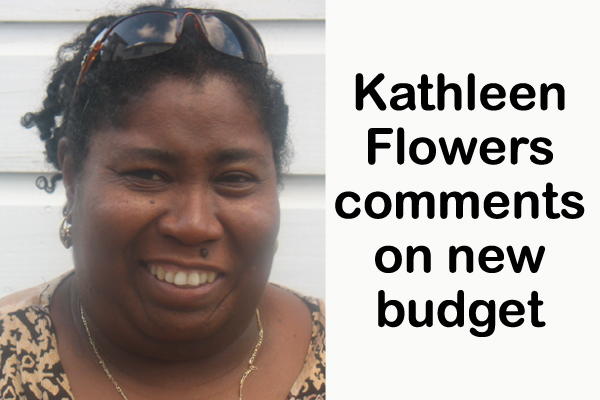 The draft national budget—which includes roughly $800 million in recurrent spending and $200 million in capital spending, for a total of approximately $1 billion—is slated to be submitted to Cabinet this Thursday, February 27, according to information Amandala received today from the Ministry of Finance.

Almost 40% of that is earmarked for wages and pensions, including funds programmed for a salary adjustment for teachers and public officers, which is due to take effect in July 2014, an official told us.

Earlier this month, Prime Minister and Minister of Finance Dean Barrow announced in Parliament that teachers and public officers would be getting a 4% salary adjustment, which he said would amount to an estimated $24 million.

However, further revisions could be made after this week’s Cabinet meeting, and also after the budget is debated in Parliament in late March.

Of note is that union officials are due to meet with Financial Secretary Joe Waight on Wednesday, March 12 – but based on the current timeline, the budget would have been tabled by then.

Vice President of the Belize National Teachers’ Union, Kathleen Flowers, told Amandala that the issue is not whether there will be a salary adjustment – but how much, and the purpose of the meeting in March is to iron out some discrepancies in the figures presented by the Ministry of Finance and the figures calculated by union officials.

“Backing off is not an option right now,” Flowers told us.

Flowers said that the BNTU would keep on the front-burner a range of pressing national issues – including the call by BNTU for a full investigation of the Penner Passport Scandal, “seeing this is still in stalemate,” and the call for proper management of public finances. She said that backing off on the advocacy now would give credence to allegations by certain Government reps that their advocacy is all about the salary adjustment.

The new budget is due to take effect at the start of the financial year, April 1, 2014, and it should be debated in the House around the 3rd week in March, after which it would be passed to the Senate for review and ratification.

Last November, Prime Minister Barrow announced that his administration plans on spending $200 million on infrastructure works over the next three years.

Amandala understands from the Ministry of Finance that construction works should commence for a new city center in Belize City during the upcoming budget year. The Government is recommending an investment of $30 million over the next three years, and $10 million in the new budget year.

The construction of a new bridge for Santa Elena and San Ignacio is also included in the estimates. That bridge will connect the twin towns off La Loma Luz Boulevard.

A third project of interest is the commencement of works to transform the Philip Goldson Highway, from the airport junction to Belize City, into a four-lane highway.

With the restructuring of the Super-bond in 2013, debt servicing had reduced; however, with new loans coming online from the Caribbean Development Bank (CDB) and the Inter-American Development Bank (IDB), this budget year should see a slight increase from $92 to $96 million.