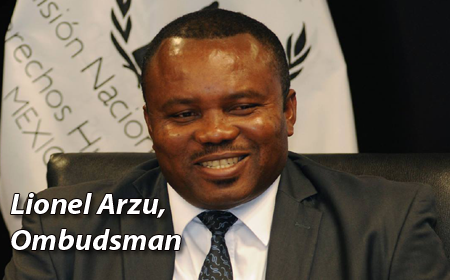 BELIZE CITY, Wed. Mar. 30, 2016–Ombudsman Lionel Arzu has released his 2015 annual report, tabled recently in Parliament. The report indicates that in 2015, the Ombudsman received 217 new complaints—90 of which were accepted for investigation, mostly against the Police Department. A total of 73 cases are under investigation and almost three-fourths of those are also against the Police Department.

“In 2015, people complained of all kinds of misconduct, injustice and injury. The subject matter of these complaints included non-existent, inadequate or improper police investigations; unjustifiable or excessive force by BPD; the commencement or conduct of court proceedings, such as delays in trials and appeals; and misconduct by immigration and nationality officers,” Arzu said.

The Ombudsman reports that complaints against the police included refusal or neglect to investigate, improper investigations, unjustifiable or excessive force, malicious prosecution and false imprisonment, dishonest conduct, and unreasonable search and seizure. 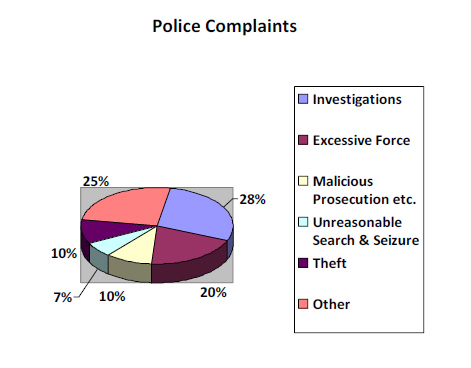 “Some complainants alleged that they were unlawfully detained or charged by the BPD for crimes (allegedly) committed by others, contrary to the guarantees of the Belize Constitution regarding personal liberty and due process of law. A number of complainants also alleged ‘harassment’ by members of the Gang Suppression Unit,” he added.

“In 2015, persons also complained about unreasonable search and seizure, that is, officers or members of the BPD ‘barging’ into their homes at all hours of the day or night without a search warrant, contrary to provisions of the Belize Constitution,” said Arzu.

Complainants told the Ombudsman that cops stole their property when conducting searches, and in two instances, the officers were placed on interdiction, with 50% salary in abeyance but the criminal charges of theft against them were dismissed. 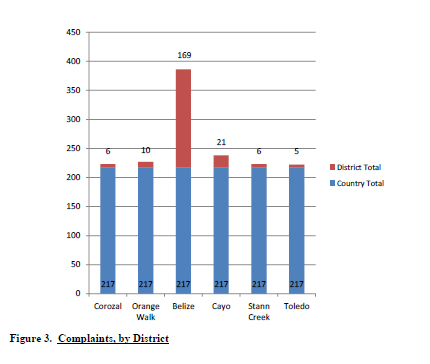 “These matters are before the Security Services Commission,” Arzu stated.

“The other complaints against the BPD concerned the handling of exhibits after the conclusion of cases; domestic violence by officers of the BPD; causing road traffic accident and property damage; unwillingness to take statements of non-English speakers (discrimination); discourtesy and disrespect,” the Ombudsman detailed.

In January 2016, the Ombudsman and the Commissioner of Police signed a Memorandum of Understanding to facilitate his work in addressing allegations of police abuses. Arzu also informed that, “To facilitate the resolution or investigation of complaints, the BPD and the Ombudsman have been meeting monthly since January 15, 2015.”

“Of the 58.5% not investigated [which amount to 127 complaints], the Ombudsman lacked jurisdiction for the majority; for the remainder, reasonable cause has not been established,” Arzu explained.

He also added that, “The rate of investigation or resolution is less than what was anticipated.”

The Ombudsman says that his primary function is to investigate complaints of wrongdoings, corruption, injustice or injury by public authorities, but that among the cases he could not investigate there were 22 complaints against private persons, such as landlords or parties locked in a contract dispute.

The number of complaints was slightly down from 220 in 2014 to 217 in 2015, and almost 8 in 10 of those complaints originated from the Belize District. The Cayo District accounted for the second largest percentage at 9.7%. 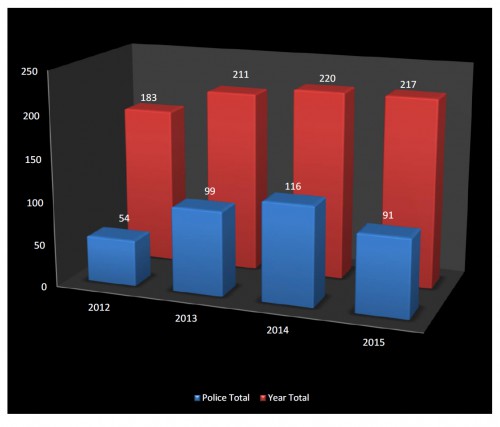 Arzu also noted that during the reporting year, 2015, he completed thorough investigations of 3 complaints made in 2014 and 2013. The complaints, he said, dealt with the alleged abuse of a child who was in the care of a government aided primary school; the killing of a mentally ill man in Toledo by the police; and the infection of a young child with HIV/Syphilis through contaminated blood obtained from a local blood bank. (We’ll have more on this in a separate report, featured in this edition of Amandala.)