3 Guatemalan cops show up in Barranco 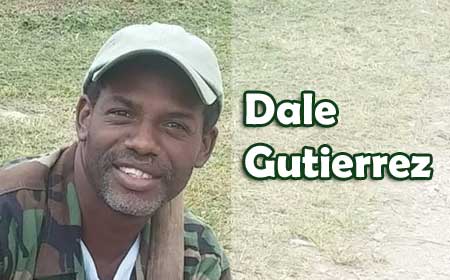 BARRANCO, Toledo District, Mon. Oct. 2, 2017–Chairman of Barranco Village, Dale Gutierrez, has confirmed to Amandala that he has received a report from one of his villagers, Dave Alvarez, that three Guatemalan police officers turned up in the village last Wednesday, claiming that they had been sent to the Sarstoon area to pick up a dead body.

When the Guatemalan cops were told by Barranco villagers where they were, they claimed that they had gotten lost – a claim which many critics do not believe. After being told that they were in Barranco, Toledo District, the officers immediately got in their boat and left, Gutierrez said.

Chief Executive Officer in the Ministry of Home Affairs, Retired Colonel George Lovell, told Amandala that no report had gone to him on the matter, and our call to him was the first he had heard of the incident. He also does not believe that the Guatemalan cops could have lost their way so far into Belizean territory.

Lovell said that to reach as far as Barranco, the Guatemalans would have had to pass the area where Belize’s Forward Operating Base is located. He told us that he would look into the report.

Several concerned persons commented on the report via social media last week. A user identified as “Baptist Child” said: “Only a fool will believe their crazy story. How in the world will they be lost? Hmmm… Sounds like something is behind that! Pure nonsense.”

“They are definitely operating in our waters and village,” commented Angela Palacio.

Beatrice Mariano said: “…I believe this is probably not the first occurrence.”

Ex-soldier and Baranguna, Kevin Zuniga wrote: “I am very concerned about our border with Guatemala. I expressed this because I witnessed their aggression a year ago. If something is not done ASAP, there is a high possibility that this disrespect will continue and might [turn out] in a manner we most likely will be unable to quell, if ignored.

“I plead to my colleagues in the [Ministry of Defence], let’s not take these threats lightly. Not my little home village. I am prepared to put on my uniform and return to my post as a soldier, if necessary. Belizean to the bone!”

Amandala could not reach Chief Executive Officer in the Ministry of Defence, Felix Enriquez, on the matter.