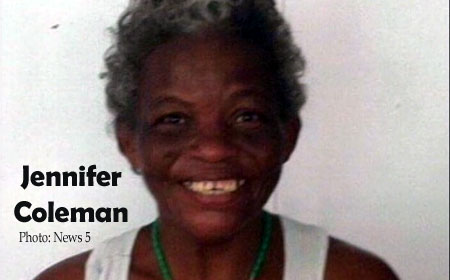 Jennifer Coleman, 51, a domestic, was found lying face-up on Adventurera Lane at about 10:30 yesterday morning, with a large cut wound on her neck. Police rushed her to the hospital, but she was declared dead on arrival.

Police believe that the killer may have been known to Coleman, and gained entry into her house, where he cut her throat. Coleman ran out of the house to escape her attacker, but she fell in the street not far from her house.

Neighbors told police that they did not hear any noise or commotion.

Police have picked up a man who they said went to her house frequently.

Although there is little information on what led to the occurrence, police believe that it might have been a case of domestic violence.

Police have so far recovered a knife which they believe is the murder weapon. The man remains in police custody, where he is being interviewed.

Coleman’s body has been taken to the morgue at the Karl Heusner Memorial Hospital, where it awaits the mandatory post-mortem examination.