Home Headline 6 men attack elders, 57 and 75, in their home
Headline 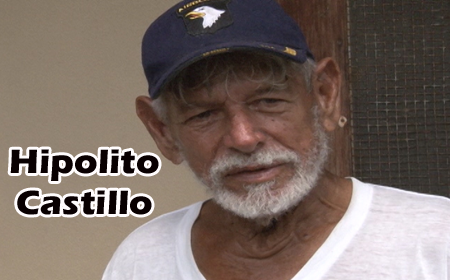 OLD NORTHERN HIGHWAY, Mon. Feb. 2, 2015–Police have reportedly detained three of six young men who allegedly attempted to rob an elderly homeowner at his two-storey home on the Old Northern Highway in the early hours of yesterday, Sunday.

Just after midnight on February 1, the attention of Marilene Rufenucht, 57, a caretaker and resident of Mile 20 on the Old Northern Highway, was drawn to six dark-complexioned men, armed with sticks, entering the property.

She told police that one of the men walked upstairs and stated that he was a police officer; however, she became skeptical, and refused to open the door when he told her to do so.

At that time, the assailants then decided to forcibly enter the home by breaking down one of the doors of the lower flat using a cement block.

When they gained entry, police said, the crooks demanded money and proceeded to ransack the house, in the course of which Rufenucht was hit in the face with a stick and suffered a cut around the right eye.

In the end, however, nothing was taken from the house, and today Amandala got a firsthand version of the frightening events from Rufenucht’s employer, Hipolito Castillo, 75, who was also at home at the time of the aggravated burglary.

Castillo told us that he was in his home when Rufenucht alerted him of the situation after his dogs started barking.

Castillo said that before he was able to ascertain what was happening outside, however, one of the men hurled a cement block at his living room door with such force that it broke through the door. While this was happening, the others were making attempts to kick open the kitchen door.

Castillo explained that at that time, he dashed into his room, and Rufenucht courageously confronted the robbers, one of whom used a stick to beat her in the head.

While inside the room, Castillo said, he heard another loud bang, and by the time he came back out of the room, the place had been ransacked and the thieves had already left, empty-handed.

Castillo added that when the men initially entered, they told his caretaker that they were looking for “the old man weh have the money”. He noted that he already has an idea of who the perpetrators were, since they are all from the immediate area.

Rural Executive Officer, Inspector Frederick Gordon, told the media this morning that while the incident is still under investigation, they have three suspects in custody.

Gordon had told us that the would-be robbers ran off when the homeowner fired his licensed firearm at them; however, Castillo asserted that he has not been in possession of a firearm for over a year.

The elderly retiree, who has lived at the house for 15 years, informed us that his last firearm was stolen in a similar incident which took place at the same location about a year ago.