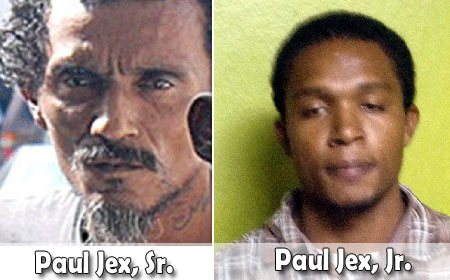 BELIZE CITY, Tues. Dec. 15, 2015–Ladyville police have leveled more charges in connection with the invasion of the home of Lebanese diplomat Sarkis Abou Nehra, whose home was invaded by eight men, some of whom were armed with handguns. Seven more persons were brought to court on a single charge of handling stolen goods.

Initially, nine persons were remanded to prison on various charges in connection with the incident, which occurred between Thursday, December 3, and the early morning hours of Friday, December 4. Then last Friday, police charged three more persons with handling stolen goods.

Yesterday, Monday, five adults and two minors appeared in the Magistrate’s Court to answer a charge of handling stolen goods.

Police are alleging that the seven accused persons handled a flat screen television that was stolen from Nehra’s home.

The seven appeared before Magistrate Deborah Rogers. All the females who were charged were represented by attorney Godwin Haylock, while the men were unrepresented.

All seven persons pleaded not guilty to a single charge of handling stolen goods. 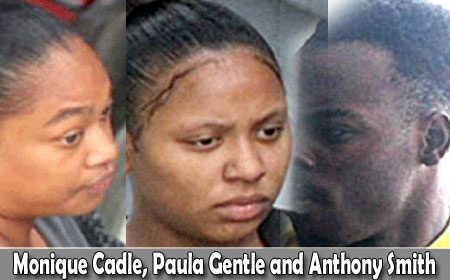 Haylock made a submission to the court asking the court to take into consideration that three other persons who were arraigned and remanded to prison were granted Supreme Court bail last Friday. Haylock also asked the Magistrate to take into consideration the precedent set at the Supreme Court with respect to two women who were released on a bail of $3,000 each plus one surety in the same amount.

After a back-and-forth between the court prosecutor and Haylock, Magistrate Rogers decided to grant bail to all seven accused persons.

The condition of the bail is that the five adults are to report to the Queen Street Police Station every Wednesday, while the two minors are to observe a curfew and not be on the streets between the hours of 6:00 p.m. and 6:00 a.m.

While six of the accused were free to go after signing bail, Paul Jex, Jr., was not so fortunate, because last Friday, when he was arraigned on a similar charge of handling stolen goods with respect to two silver rings, Senior Magistrate Sharon Fraser remanded him to prison.

Therefore, Jex would have to first be granted bail for that other charge before he would be free to access the bail that was offered to him by Magistrate Rogers.

On Monday, Senior Superintendent Edward Broaster updated the media on the progress of the police’s continuing investigation into the home invasion.

Police have still not been able to recover several firearms that were stolen from Nehra’s residence.

With regards to the stolen guns, Broaster said, “We’ve been getting information as it pertains to these firearms and we are actively doing searches. As a matter of fact, we have expanded our search to the village of Camalote. We haven’t recovered any of them as yet. We are hoping to recover them. We believe it’s just a matter of time and when we do, those individuals we find them with will be arrested and charged.”

The nineteen persons who are facing charges are due to return to the courtroom of Chief Magistrate Ann Marie Smith on January 14, 2016.