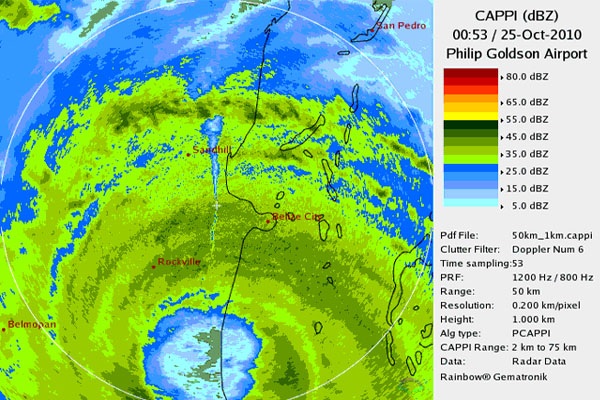 “The remainder of the 2013 Atlantic hurricane season will be more active than the average 1981-2010…” say Colorado State Univ.’s Klotzbach and Gray

Philip J. Klotzbach, Research Scientist, and William M. Gray, Professor Emeritus of Atmospheric Science, of the Colorado State University’s Department of Atmospheric Science, have issued their revised forecast for the 2013 Atlantic hurricane season, in which they are lowering the predicted weather disturbances—however, Klotzbach and Gray are still forecasting a very active season.

“We continue to anticipate an above-average season in 2013, although we have lowered our forecast slightly due to anomalous cooling in the eastern subtropical and tropical Atlantic,” the team said.

It added that, “Information obtained through July 2013 indicates that the remainder of the 2013 Atlantic hurricane season will be more active than the average 1981-2010 season.”

The hurricane season opened June 1 and closes the end of November. To date, there have been 4 named storms—Andrea, Barry, Chantal and Dorian—but no hurricanes. The team is still forecasting 18 named storms, but they have lowered their hurricane prediction from 9 to 8, and the storm days from 95 to 84.25.

Belize was affected by a weather disturbance which formed from an area of low pressure in the northwestern Caribbean Sea on June 17. The team noted that what later became known as Barry drifted across Belize as a tropical depression, nearly being downgraded to a remnant low in the process, before intensifying into a tropical storm when it emerged over the southern Bay of Campeche on June 19.

Belize’s Chief Meteorologist Dennis Gonguez emphasized today that despite the revision of the forecast, the season will still be an active one; and the numbers have not changed drastically with the new forecast. Gonguez said that Belizeans have to still be prepared for a possible weather disturbance.

However, August usually means a dry spell for us; but right after that, comes the season peak – which for the Caribbean means a peak in tropical cyclone activity, Gonguez explained.

He said that for Belize, the most critical time is October. (Hurricane Richard battered Belize in October 2010.)

The forecast team at Colorado State indicate that a late-season forecast for the Caribbean basin will be issued on Tuesday, October 1.

The CSU report features a quote from Yogi Berra which says, “It’s tough to make predictions, especially about the future.”