Home General In the absence of PM Barrow, Government unable to articulate position on...
General

In the absence of PM Barrow, Government unable to articulate position on Guatemala’s ICJ vote 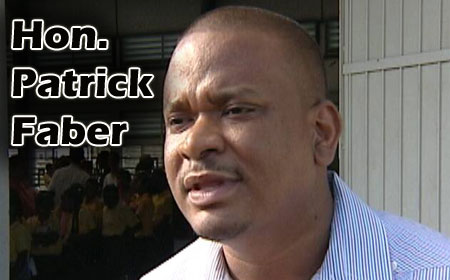 BELIZE CITY, Wed. Apr. 18, 2018– On Sunday, Guatemala held its referendum to determine whether its citizens consented to taking its claim of half of Belize to the International Court of Justice (ICJ), and other than a government press release which congratulated the Guatemalans for holding the referendum, Belmopan has been silent on the outcome.

This afternoon, Deputy Prime Minister, Patrick Faber, told reporters that due to the temporary absence of Prime Minister Dean Barrow, Cabinet has not met to discuss the implications of Guatemala’s yes vote in its ICJ referendum.

Government has not been able to articulate a position in the wake of Guatemala’s yes to the ICJ vote, Deputy Prime Minister Faber explained.

“We did not meet today. Today is Tuesday, so we haven’t gotten together as the Cabinet to assess what has happened. While there are some who are looking at the results and saying this is not what could have been in terms of the turnout for Guatemala, what is clear is that they now have a very clear—according to their legal position as it relates to the referendum, they have a clear mandate now that, yes, they have agreed to go forward to the ICJ. What is left now is to see if Belizeans will also make that same determination, and for us to look actively to name a date, and move toward getting the Belizean people to participate in such an activity,” he said.

Deputy Prime Minister Faber was also asked to opine on the Guatemalan Foreign Minister’s statement that if Belize voted no, the government would have to find a legal mechanism to go to the ICJ.

“How do you think Belize moves forward?” one reporter asked Minister Faber, “If we say no, it looks like we’re turning down a peaceful way to settle this, and if we say yes, then we’re still scrutinized for that. Our fate is in the hands of a tribunal, basically.”

DPM Faber replied, “Absolutely, that is the dilemma that we are in. When we are asked the question, and Belize says ‘no, we don’t want to go to the ICJ,’ then we are in the same predicament that we’ve been in for all these years because it would have meant, as far as my understanding, an end or failure so to speak to the process that is the most valuable or possible solution that we have seen so far. I really would want to see it go positively.”

DPM Faber was also asked if it would be a feather in the cap of the present administration to pull off a yes vote in the referendum and come out with Belize’s sovereignty intact.