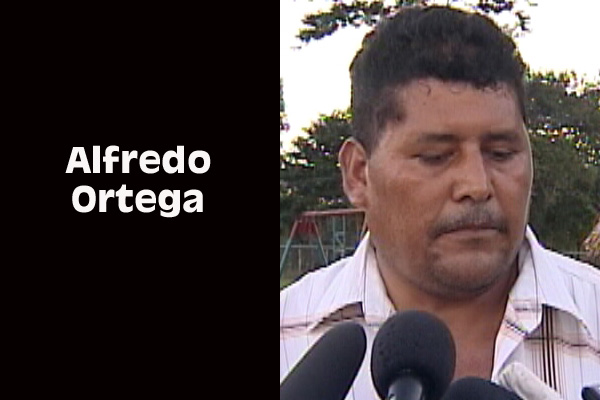 Vice chairman of the Belize Sugar Cane Farmers Association (BSCFA)’s Committee of Management and the lead negotiator in the current bagasse faceoff, Alfredo Ortega, was detained for outstanding child maintenance debts by Orange Walk police yesterday in the heat of his campaign for the post of PUP Orange Walk North standard-bearer.

Ortega was picked up from his Trial Farm home about 2:00 p.m. yesterday on the strength of a Committal Warrant based on an estimated $11,000 fine which was levied on him in connection with arrears he supposedly owed to his ex-common-law wife, Alba Luz Galeano, for child support.

About two hours later, Ortega was released after he made a $5,500 payment toward the amount, and today, Amandala contacted Ortega, who told us that he had been making deposits to the bank instead of the Family Court, and was not even aware that a warrant was out for his arrest.

The PUP Orange Walk North political aspirant explained that he believes he was set up, and that it might be related to his recent entry in the political fray because members of the media were immediately alerted and showed up at the police station shortly after his detention.

He has launched his candidacy to be a contender in the People’s United Party (PUP) Orange Walk North constituency convention which takes place this Sunday, June 15, in which Ortega will go up against Ramon “Munchie” Cervantes and Jaime Castillo.

The incumbent in that division is the Deputy Prime Minister, Gaspar Vega, who won the division handily in 2008 and 2012.

Although it has been reported that Ortega’s outstanding fines were in the range of $11,000, he told us that the arrears were less than the stated figure, because he has receipts to show that he has been making timely payments towards the debt.