“Alkaline” committed to Supreme Court to stand trial for murder 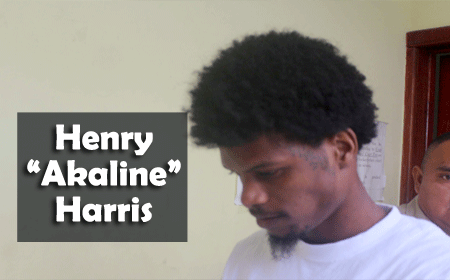 BELIZE CITY, Fri. Nov. 3, 2017–Henry Harris, 23, aka “Akaline,” who was charged with murder and attempted murder, was today committed by Senior Magistrate Aretha Ford to stand trial in the January session of the Supreme Court.

Harris is charged with the murder of Clinton “Hog” Fraser, 44, and the attempted murder of Fraser’s younger brother, Michael Fraser.

Harris is also charged with grievous harm and use of deadly means of harm. The charges are for an incident that occurred on the night of January 22, 2017 on West Collet Canal Street near Conch Shell Bay Fish Market. The brothers were hanging out there when two persons fired several shots in their direction.

Clinton was shot in the back, while Michael was shot in the leg. The prosecution intends to call 13 witnesses. Among the items that were submitted by the prosecution at the preliminary inquiry were 38 sets of photographs and a warrant in the first instance for Harris’ arrest. Harris told Senior Magistrate Ford that he was unfairly charged because in an identification parade, a witness just came and pointed him out as one of the persons who fired the shots.

He said he believes that the police had shown the witness his photograph.

Harris was asked by Senior Magistrate Ford if he had any alibi witness or witnesses he wished to call in his defense, and he said, no.

She told him that he has 7 days from today’s date to submit the names of his witnesses.

Harris was not represented by an attorney.