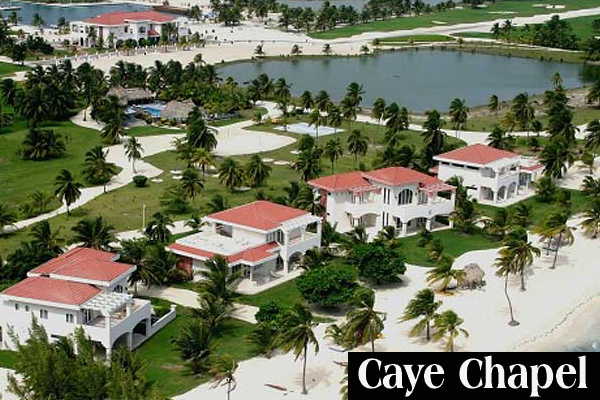 Official company information posted today on the London Stock Exchange reports that the August 2013 sale agreement between BCB Holdings Limited and Yumi Limited for the sale of Caye Chapel, a resort island in Belize, was not completed, and as such “the company is now engaging with other potential purchasers for Caye Chapel.”

Back in August, Amandala had reported on the intent of BCB Holdings to sell Caye Chapel to Yumi Limited of the British Virgin Islands. The purchase of the 265-acre property would have been for US$30 million. The sale to Yumi should have been concluded by the end of 2013, but BCH Holdings has provided no explanation as to why the deal reportedly fell through.

If you are wondering how Caye Chapel—a property once owned by Isaiah Morter, Belize’s first known black millionaire—ended up in the hands of the Michael Ashcroft Alliance, we have found out from court papers that British Caribbean Bank International Limited, based at Market Square, Belize City, had acquired the property in lieu of a US$30 million liability Caribbean Holdings Inc. (CHI) held with the bank.

The bank held the island and villas as security or collateral for a US$20 million loan, which was later increased. The bank acquired Caye Chapel in 2011, in settlement of CHI’s indebtedness to the claimant.

A real estate agent who has had interest in the asset, had questioned, at the time of the reported sale agreement, whether Yumi is a shell company affiliated with the Ashcroft group. He furthermore indicated that there had been multiple offers for more than the sale price.

In fact, the Caye Chapel Resort property, located just 12 miles from Belize City, had been listed at a price of US$42 million to US$45 million.