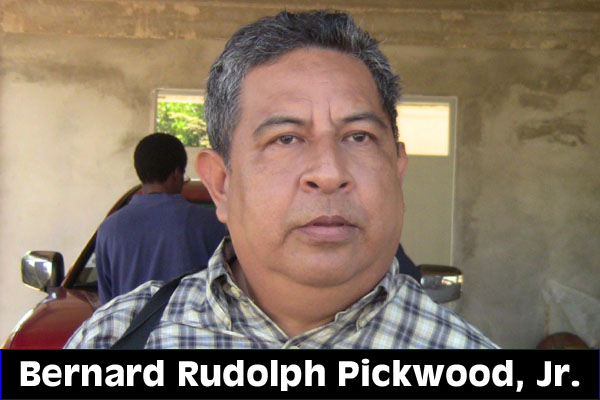 Amid a controversial land dispute which has the family of a former CEO turned politician at the center, Chief Justice Kenneth Benjamin has issued a 28-day injunction to stop construction works on the property over which the dispute has arisen, and to stop the Government of Belize from finalizing the forfeiture of the title from Bernadette Pickwood, a Belizean living in the USA.

Pickwood returned home for the holidays planning to lay the foundation for the dream home she intends to settle in upon her retirement – only to find out that her land had been taken away and given to another well-connected family.

Audrey Matura-Shepherd, her attorney, told the media today that the only reason they have decided to come public is because they have not gotten a satisfactory response from the Lands Department, which has told them that they would deal with the matter after New Year’s.

The problem is that someone else is today building on the land for which Pickwood has had a lease since the 1990s; and Matura-Shepherd said that although the law requires that a leaseholder be granted natural justice, and demands that the leaseholder is given notice of the intent to cancel the lease and a fair opportunity to defend his or her position – her client was denied her legal right.

So, about a week ago, she sought the court’s intervention in the form of an injunction. That injunction was issued today.

When Amandala visited the location, block 16/parcel 2127 in Belama, around noon, concrete was being mixed and poured onto the land to build a foundation, upon piles which Matura-Shepherd said that her client had spent over $30,000 to drive piles into the land.

Although Pickwood, a single woman, returned to the US last Friday, on expiration of her leave, her brother, Bernard Rudolph Pickwood, Jr., has pledged to fight her battle for her.

He told us today that his sister is “very distraught.” She came home to spend time with family and her holiday was “ruined,” he went on to add. Pickwood said that they will fight to have the property returned to his sister.

He expressed the hope that the court will grant the redress they are seeking. He told the media that while there was an issue over the payment of rent for the property, that rent has been paid.

The woman at the center of the controversy is former Chief Executive Officer in the Ministry of Natural Resources, Beverly Castillo – who resigned last month, as she is throwing her hat into the ring, to compete for the chance to serve as the UDP rep in Belize Rural Central.

Amandala tried to reach Castillo today, but the person answering her phone told us that “she is out campaigning,” and added that Castillo would not be back until late this evening.

Matura-Shepherd said: “I just have one thing to tell her [Castillo]: ‘You’re starting on the wrong foot.’”

She told us that on November 1, before the former CEO demitted office, she cancelled Pickwood’s lease and remarkably, on the very same day – in fact within the space of hours – had the lease issued in the name of her mother Maud Williams and her son, Marvin Castillo, Jr.

When Amandala contacted Mrs. Williams – the sister of the late Philip Goldson and the lady in whose honor the Maud Williams High School was named – she firmly declined comment, saying it is better for her to leave the matter alone for now.

The only comment we managed to tease out of her was the assertion that she has “title” to the land – not a lease. She said that the matter would be handled by her attorney, but declined to tell us the name of her attorney.

“It is so sad that in this country you hold office and the first thing you think about is to trample people – and not only trample them — you take the land and you give it to your own relative. I mean they don’t even have shame. I weep for those people, because I don’t know how they sleep at night,” Matura-Shepherd commented.

She said that during the process of querying the matter, she found out that an urgent call had been made to have the land documents for Williams/Castillo converted from lease to title.

She told our newspaper that if the Lands Department felt that her client had violated the lease covenants, then natural justice should have been ensured so she could have defended her position.

She said that she is calling on the Government to reconsider and return Pickwood’s land.

Matura-Shepherd said what had transpired was “atrocious” and an act of corruption.

Matura-Shepherd said that since taking on this case, she has learned that there are others who have met the same fate as Pickwood.