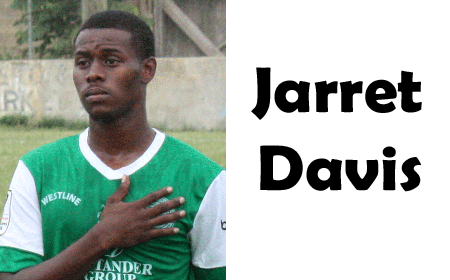 BELIZE CITY, Thurs. Dec. 10, 2015–With their backs against the wall going into game 2 of the semifinals down 2-0 to defending champions Verdes FC, the Belmopan Bandits have a tall task indeed, facing elimination from the PLB Opening Season playoffs, unless they can win on Saturday night by at least a 2 goal margin in regulation to force overtime, and then get another goal for the victory, or win outright by a 3 goal margin in regulation. Neither task is less than daunting, especially with reports that veteran Bandits striker Elroy Kuylen will not be available due to an injury in last weekend’s game.

The seeds of the Bandits’ nightmare were certainly planted when their former lead striker, national team decorated Deon McCaulay left then national champions Bandits in early 2014 to “seek his fortune” with the Atlanta Silverbacks in the U.S.; because it was under difficult circumstances that left some “bad blood” between him and Bandits owner John Saldivar, who was reluctant to sign the release papers. Things did not work out with the Silverbacks, and when some Belizean sports activists became agitated with our national team’s struggles in World Cup Qualifiers against Cayman earlier this year, they decided to launch a fund raising campaign to bring back Deon to the national team. Deon’s impact with the national team was immediate and spectacular; but whatever satisfaction now National Teams Director Saldivar enjoyed from Deon’s success with the national team, was soon tempered with concern when the aggressive Verdes management succeeded in convincing Deon to join them not only for their new venture into the CONCACAF Champions League tournament, but also as a part of their campaign in the Premier League of Belize 2015-2016 Opening Season. Deon promptly reclaimed his PLB goal scoring crown with 9 goals in regular season, and was chief architect in a Verdes 6-1 blowout of his former team, where his 3 goals were later nullified with an overturned protest by the FFB Appeal Board.

But going into the PLB playoffs, Deon was not the Bandits’ only big problem. And this they found out in game 1, when all their focus was on denying Deon an opportunity; and they forgot about one Jarret Davis.

Playing with FC Belize in the 2013-2014 PLB Closing Season, Jarret Davis was tied for the goal scoring title with Anthony Gonzalez of San Ignacio United, both tallying 6 goals. Drafted next season by Verdes FC, Jarret was again high on the goal scoring column, his 7 goals tying for second place with Abraham Chavez of Wagiya, while Harrison “Cafu” Roches took the crown with his 8 goals. With new additions to the Verdes striking force, Jarret did not figure as prominently in the scoring column in the PLB 2014-2015 Closing Season, netting only 3 regular season goals, while Police United’s Cafu Roches again took top goal scoring honors. But in the playoffs, Jarret came “alive”, scoring 4 goals in the round-robin playoffs, and then delivering the series clincher for the championship against the Bandits, earning the Playoff MVP award in the process.

On Sunday last in San Ignacio in game 1 of the PLB 2015-2016 Opening Season playoff semifinals, the Bandits managed to dodge Deon, but they ran into Jarret, who struck twice for the 2-nil Verdes win. Will the Bandits dodge Deon again on Saturday night?

Meanwhile, Police United’s hands are full with the boys from the south, Placencia Assassins, who will take their 2-1 lead into San Ignacio on Sunday with all the arsenal they need to secure a spot in the finals. Police, with their energetic public relations advocate, Aaron “Gambis” Gamboa, have gotten a lot of attention in the media, compared to the Placencia Assassins, who are a very formidable team. Placencia has always been a strong contender, but the addition this season of captain/sweeper Dalton Eiley (formerly of the Bandits) and striker Alexander “Pleck” Peters (from inactive Paradise/Freedom Fighters) has put them on par with any of the top contenders. Police United will not go down easily, but neither will Placencia Assassins lie down.

There’s no tomorrow for two teams after two dynamite PLB semifinals this weekend – Belmopan Bandits vs Verdes FC on Saturday night, and Police United vs Placencia Assassins on Sunday.