Belize is experiencing a shortage of critical medication 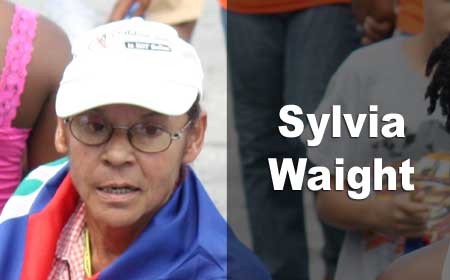 BELIZE CITY, Mon. July 24, 2017–Belize has been experiencing a shortage of critical medication since 2015, and the situation isn’t improving. In that year, those affected were mental health patients, primarily those who suffer from schizophrenia and were in need of Risperdal to treat their condition.

For a while now, Amandala has been aware of a shortage of other critical medication, namely, Metformin for sugar or diabetes, Amlodipine for blood pressure, and Ventolin solution for asthma.

Each time the matter was raised with authorities, they dismissed the allegation. But patients, who are in need of medication have contradicted those official statements.

Sylvia Waight, who has been suffering from diabetes for the last four years, confirmed the shortage of Metformin and the impact that this has had on her health in an interview with KREM News on Friday.

“A couple months ago, it was being rationed at Cleopatra White,” she told KREM News. “Yesterday [Thursday] I went to Cleopatra White to get my quota for a month and I was told there was none,” she said. She said she was informed that the drug would be available within the next thirty-one days.

Waight, who has to take her medication every 12 hours, revealed that she then visited Matron Roberts Polyclinic, only to be told that there was no Metformin there, either.

“We are in a crisis because there are thousands of diabetics out there,” she said. “In the interim, for the whole month, what am I supposed to do? I’m not the only diabetic in the country. There are loads of us and we depend on that pharmaceutical,” she lamented.

When asked what would happen if she does not take her medication, Waight said, “The glucose will shoot up, unless, of course, I go completely vegetarian. Because if I eat any carbohydrate, it will eventually convert sugar into my blood. I can go into hyperglycemic shock.”

Waight told the media that Metformin is available at drug stores, but it is costly, especially for a person like herself, who has been unemployed for years.

On Sunday, KREM News contacted Dr. Marvin Manzanero, the Director of Health Services, who informed us that he would have to check on the actual status of Metformin availability before he could provide a proper response.

However, he did reveal that he knew of some contractors who had not been providing the medications when they were due. “We have moved towards exercising penalties against them when this is the case,” he said.

Our newspaper will continue to monitor this situation for more developments.