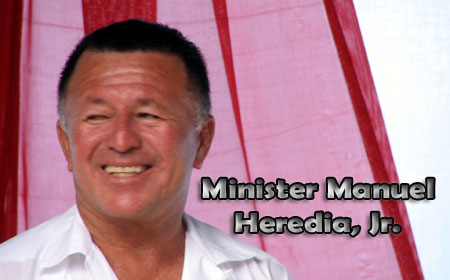 BELIZE CITY–Belize is currently holding the pro tempore presidency of the Central American Integration System (SICA (Spanish acronym)) and the country is this week hosting a meeting of Central American tourism ministers, under the auspices of the Ministry of Tourism.

Tourism Minister Manuel Heredia will chair two days of meetings being held on San Pedro on Thursday and Friday of this week.

Karen Bevans, director of the Belize Tourism Board (BTB), who also heads a SICA committee on marketing, told Amandala that the event, being attended by 25 guests from Central America, is being held at Grand Caribe, in San Pedro, Ambergris Caye.

Bevans said that the delegations from the 7 countries of the region will be discussing tourism security and health, among other issues.

Today, the BTB director was engaged in preliminary meetings of tourism directors and stakeholders from the respective industry organizations.

Tourism ministers are due to arrive tomorrow, Thursday, via TACA airlines.

The officials will also be discussing a coordinated regional marketing and public relations strategy, as well as the day-to-day work of the SICA secretariat, hosted in El Salvador.

Belize’s 6-month presidency of SICA and its various organs concludes this December. It is rotated every six months in the order of the geographical lo cation of the member countries