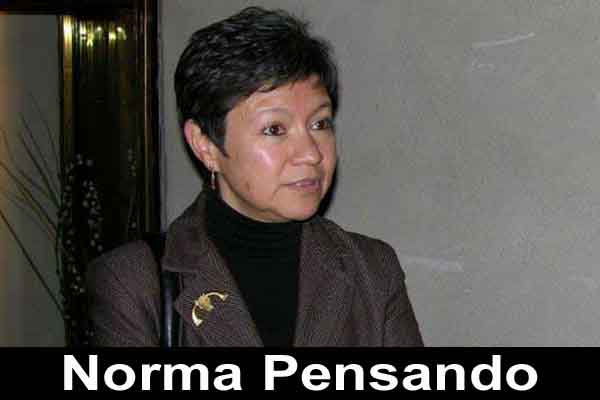 He is accused of heading regional

The expansive territory of Mexico abuts Belize at the Rio Hondo. Their geographic proximity has necessitated efforts by the two neighbors to develop a bilateral agenda, which covers, among other things, headline issues such as immigration, security, and a more progressive ‘Green Energy’ agenda—significant in light of the fact that Mexico is a major power supplier to Belize.

Last week, diplomatic officials from Belize and Mexico toured the new Chac-Temal international border crossing point located in Othon P. Blanco, Quintana Roo, Mexico, and Corozal, Belize, to review progress made at this shared border. The new crossing should be inaugurated within the next two months, according to Alexis Rosado, Chief Executive Officer in the Ministry of Foreign Affairs, who led the delegation for Belize.

Leading the delegation for Mexico was Norma Pensado, Under-Secretary for Latin America and the Caribbean in the Secretariat of Foreign Affairs for Mexico.

The tour of the new border crossing coincided with the 7th Meeting of the Belize–Mexico Bi-National Commission held last week, on August 30 and 31, 2012, at the Princess Hotel in the Commercial Free Zone in Corozal.

“Progress was made in strengthening the already close ties between the two countries during the meeting,” said a press release from Mexico’s Ministry of Foreign Affairs. “The border between Mexico and Belize is clearly an example of good neighborliness, as well as a place of opportunity and development.”

Rosado told Amandala that the project needs some finishing touches on the Belize side. For example, Belize needs to construct a security fence from the new bridge to the Immigration and Customs facilities at Santa Elena, as well as pave 450 meters of road. The new border crossing will mean that motorists will use a different road to get to the same border facilities on the Belize side.

On the Mexican side, however, new facilities have been built in line with a master plan. Rosado said that they had a chance to tour those facilities last week as well.

The existing crossing, said the CEO, would be used for small vehicles leaving Belize and for “bicitaxis” – open taxis operated like bicycles – as well as pedestrians from the Mexican side.

The new crossing and facilities, said Rosado, are expected to considerably reduce congestion at the border for persons traveling between the two countries, which would, in turn, make cross-border trade, commerce and travel easier. The Mexican Customs and Immigration will be relocated to the new facilities, which, Rosado said, could handle far more traffic than the existing one, which infamously suffers from bottlenecks.

Another major development the parties discussed was the construction of a new city center for Belize City. The existing one has been condemned due to structural faults.

Rosado said that the Mexican delegation which came last week presented a design to Minister of State in the Ministry of Sports, Herman Longsworth, who should be leading a mission to Mexico within the next few weeks to explore options for financing the new center.

Rosado said that Mexico is committed to helping Belize with the new center, but they will have to further discuss the extent to which they could assist. Former Mexican President Felipe Calderon had committed to Belize Prime Minister Dean Barrow back in 2010 to help with the renovation and rejuvenation of the building, said Rosado. Since then, however, the Mexicans have assisted with a site study, which determined that the building is unsafe for public use and can’t be renovated. It is for this reason that Belize and Mexico are looking at an entirely new construction, said Rosado.

Trade is another big thing, CEO Rosado told us. He said that Belize and Mexico have agreed on engaging in a partial scope trade arrangement, and the Mexicans are working with Belize to facilitate the export of beans, corn, rice and other commodities by making market access easier.

Meanwhile, Belize is undertaking the pilot phase of a cattle sweep project, which will see the export of live cattle to Mexico. Under the project, inaugurated early this year, the cattle, being held at Blue Creek, Orange Walk, are now being tagged and vaccinated, and checked to ensure they are disease-free. Before the end of the year, said Rosado, Belize should be able to start sending its first shipment of live cattle to Mexico. The Belize Agricultural Health Authority is spearheading the effort, in collaboration with the Belize Livestock Producers Association.

Belize is similarly talking with El Salvador about formalizing a partial scope trade agreement, with emphasis on agriculture.

During the two-day bi-national meeting, side meetings were held by the political and economic, trade and financial subcommittees. There were also discussions on the 7th scientific and technical cooperation program, and a second meeting on cross-border transportation.

“Both delegations agreed to continue working hard for the welfare of their border communities and society as a whole. They applauded the start of studies on water quality and availability in the Rio Hondo Basin in 2013 and decided to create a bi-national flood early warning system for the river,” the Mexican Ministry of Foreign Affairs statement said.

At the meeting, the officials noted an improvement in the agreement Belize has with the Federal Electricity Commission (CFE) for the supply of power via the Belize Electricity Limited (BEL), under a new contract signed last February. Rosado told us, though, that the group also talked about an expanded energy agenda. Belize this year formed a new Ministry of Energy and has adopted a new energy policy, and Rosado said that a major emphasis would be a push to increase supply from Green Energy—an agenda that Mexico also shares. Rosado said that they also spoke to the Mexican delegation about getting technical help for setting better butane standards in Belize.

On the security front, the parties agreed to particularly strengthen cooperation in combating transnational organized crime. According to the Mexican Ministry of Foreign Affairs, the countries endorsed the importance of creating the Hemispheric Scheme against Transnational Organized Crime in compliance with the instruction of the presidents issued at the last Summit of the Americas. Mexico also invited Belize to attend an international conference on this issue to be held in Mexico City on September 20, and Belize gratefully accepted.

Rosado also spoke of a high-level security meeting between Belize and Mexico due within the next two months. The meeting would be held by the Committee to Combat Drug Trafficking and the High Level Mexico-Belize Border Security Group (GANSEF).

“Mexico has been playing a major role in the whole regional security discussion,” said Rosado. “There are a lot of things we can learn from their experiences.”