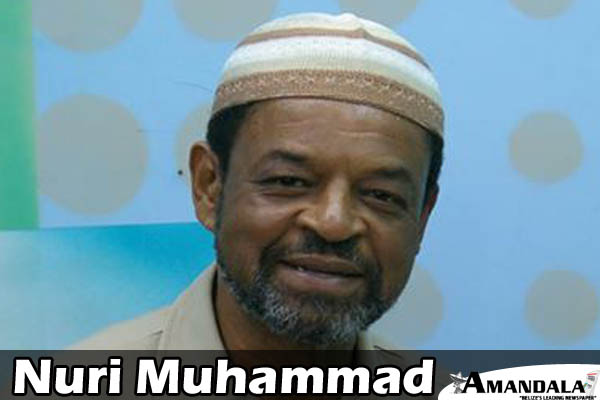 We find ourselves in a dilemma in Belize today: are we a nation of God or a nation of laws? The answer is not as easy as some would believe. Belize is in a transitional time warp that can be better understood if we saw our collective consciousness in two parts: pre-independence and post-independence.

If the same question was posed fifty years ago, the answer would be a resounding: we are a nation of God! While we were never a theocracy by any means, the Christian religious values which underpinned our collective value system made it no question that the majority of us acknowledge the supremacy of God in our personal and collective lives and thus it is not surprising that that God consciousness forms a part of the first principle in the preamble of our constitution. During those days none would have dared challenge the constitutionality of that fundamental principle, out of reverence, or out of fear of being ostracized by this powerful collective consciousness. Questioning God was evidence of blasphemy.

Clearly the politically correct answer is we are a nation of laws governed by the principles of our constitution and all the conventions and declarations we have signed. So while the acknowledgement of God remains the first principle of the document, the definition of supremacy is intrinsically challenged by other principles contained in the body of the document itself, especially those which say that every citizen has equal human rights under the law.

The reason there was no challenge to the legal definition of supremacy in pre-independent Belize was because supremacy meant that God’s moral code, as outlined in the Old Testament of the Bible, underpinned all our laws and the preservation of public morality was based on those religious principles. While the principle of privacy was respected in pre-independent Belize, if there was evidence of any display of public immorality there was an immediate reaction from the public and the law.

This is not the case in post-independent Belize. Our social rules are no longer governed by strict adherence to the old definition of public morality as defined in Judeo-Christian ethics. In an era where soft and sometimes hard core pornography can be seen on 24-hour cable channels; where graphic dancehall lyrics coupled with hard-core sexually suggestive videos can be consumed on public media without censorship, where women and children continue to be victims of sexual assault, Belize, as far as public morality, now find itself at a place where the question again arises: are we a nation of God or a nation of laws?

This mob attack was indicative of this underlying clash of old values versus new values. The mob, and the spectators who did nothing to intervene, felt the victim deserved his “punishment” for breaking “God’s law” which condemns men wearing women’s attire. The mob’s attack was spontaneous and irrational but fueled by an innate sense of rightness and justice in their action. So despite church leaders later distancing themselves from the actions of the mob, it was clear that the root justification for this mob attack was religious.

The law on the other hand takes the view that there is never justification for assault on a person regardless to your personal or collective disagreement with them. So despite the moral indignation of the mob and onlookers at the behavior of ‘Vanessa’ and their Old Testament instinct to punish him, the law protects ‘Vanessa’ and condemns the actions of the mob.

It was said by one esteemed Jurist that you cannot legislate morality. By this, I think he meant, you cannot set out laws governing how individuals will choose to act or not act on a particular moral question since moral conscience is the purview of the individual and no one has a right to direct a person’s conscience – each is personally responsible; this is a principle in law.

Following this reasoning then, the proponents for repealing S53 say that: “to legislate that a certain kind of moral behavior is illegal, based on “God’s law”, is unconstitutional. The state cannot legislate a person’s moral behavior or prevent a person from behaving in a certain way as long as those ways do not affect the rights of others or disrupt “the public good”.

While the proponents for keeping S53 as is say: “But isn’t it equally true that if you can’t legislate morality, you also cannot legislate the acceptance of a behavior that a sizeable part of the population finds repugnant and therefore, immoral? Can the state legislate that my child be taught certain material I find immoral; does the state have the right to legislate a morally offensive agenda? Isn’t this the same principle in reverse?”

This is an example of the conundrum that Caribbean Jurists faces today. The legal traditions of the West are based on Judeo-Christian ethical foundations and have always had moral and ethical excellence as the goals of good governance. However, as Western societies have evolved over the last century they have moved drastically away from a God-centered society to a man-centered paradigm with a result that “God”, as perceived in the traditional Judo-Christian ethical frame, is no longer the source of law: this has been replaced by a UN system of declarations and conventions called “human rights” which are enshrined in the constitutions of most former colonial states in the region.

What does this all mean for us in Belize, in 2014, and how do we answer the question: are we a nation of God or a nation of laws today? Clearly our recent history shows that we lean more to the latter definition, but are the two mutually exclusive or is it possible to be both? The dynamics surrounding the UNIBAM case brings that question into sharp focus. The battle lines are drawn and the long awaited decision of the Chief Justice will be interpreted as an affirmation of one or the other.