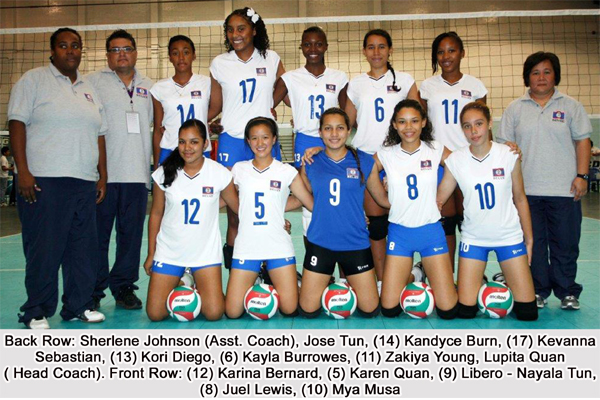 Returning to Belize on Saturday was the Belize Youth Female National Volleyball Team, after participating in the Central American Female Youth (U18) Volleyball Championship in Guatemala City, Guatemala last week.

Belize finished the tournament with a 2-3 record, after losing their final game on Friday in straight sets to top seeded and now undefeated champions of the tournament, Costa Rica.

The results are a major improvement for Belize. A Belize Volleyball Association release stated:

“The young girls have made Belize proud with a gutsy performance, working hard, and providing a good result. The experience will be valuable as the results continue to improve with each competition and volleyball continues to grow.

“We are proud of the result of the female youth national team.”

Despite not medalling in the tournament, our girls still took home a number of the individual awards which were issued at the end of the competition on Friday night at the Alfonso Gordillo Gym in Guatemala City.

Costa Rica’s Allison Font was awarded prizes for being the Most Valuable Player, Best Spiker and Best Scorer; and her teammate Valeria Monge was Best Receiver.