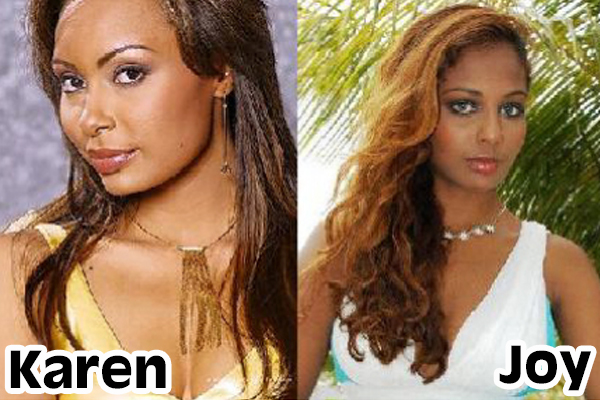 Back in 2008 there was outrage over online postings on belizeanbabes.com of explicit nude photos of Belizean women—photos which at least one woman believed had been stolen from her hard drive when her computer was taken to a shop for repairs. This week the shocking revelation was made that the photos of Belizean women—among them prominent beauty queens—were being used to sell Belize as a sex tourism destination.

The exploitation of people—especially females and minors—for prostitution, pornography, and sex tourism is said to be a multi-billion-dollar trade, featuring transnational agents.

Amandala did some investigation and found out that the website hosting the photos is registered with Godaddy.com Llc of Scottsdale, Arizona, in the United States. No one answered the company’s line when we called to question them about the website. Furthermore, the entity which registered the website remains anonymous online.

Of note, though, is that the website, which goes by the name Global Fantasies—since it features at least 15 jurisdictions across the world—has other parallel websites, such as Universal Fantasies and Global Fantasy Girls, advertising hundreds of women, grouped by their nationalities. Women said to be from Amsterdam, Colombia, Hong Kong, Czech Republic, Thailand, and the USA are some examples.

Interestingly, the background image on the home page of Global Fantasies features an image with Masonic symbols, which are believed by those who belong to this school of thought to be representative of divinity and universality, including the “all-seeing eye”—said to be the eye of providence—and the letter “G”—representing the Great Architect of the Universe (GAOTU), which they say represents God.

Former Miss Belize Leila Pandy Weir—who was advertised as a Belizean escort under the name “Karen”—expressed her outrage over the inappropriate use of her photo. Right beside her photo was the photo of another Belizean beauty queen – Charmaine Chinapen.

Weir announced via Facebook Tuesday that there is a “SEX site advertising former Miss Belize women to the world! …Me, my cousin Maria Jeffrey, Felicita Arzu Carmichael, Ms. Charmaine Chinapen, Ms. Ty Savery, and a couple others… even Miss USA Kenya Moore!

“I was contacted and told that there was such a site and that I was featured….the persons recognized me and contacted me…I recognized the other [girls],” she said.

One Belizean woman recognized that her photo from a 2001 beer calendar had been used on the Global Fantasies site.

Felicita Arzu Carmichael commented, “This is absolutely absurd! The one with me in it was taken by Costa Maya, so I am assuming they own that one. There is contact information on that site, Leils. Have you contacted them? I will send them an email requesting the photo to be removed….”

In a statement issued Wednesday, the Belize Tourism Board distanced itself from the website—although it did not issue a strong condemnation of the manner in which Global Fantasies is promoting Belize as a sex paradise.

“We were recently made aware of a website created by an unknown group claiming to operate an ‘adult fantasy’ vacation destination in Belize. The Belize Tourism Board (BTB) is in no way affiliated with this group nor does it condone its actions, as this is a human rights issue,” the BTB said.

The NGO community and human rights groups have so far been mum on the matter.

The BTB added that the Ministry of Human Development, the Human Rights Commission, and the Belize Police Department have been notified and will be handling the resulting investigation.

Belize is promoted as a prime destination for sand, sea and sun – but sex is not openly sold as one of the incentives for visiting The Jewel.

In the international arena, there are major concerns over the connection between sex tourism and human trafficking.

If you think the latest disclosure is alarming, you would be even more alarmed to know that back in 2010, the US Trafficking in Persons (TIP) Report issued an alert about the emerging trend of child sex tourism in Belize.