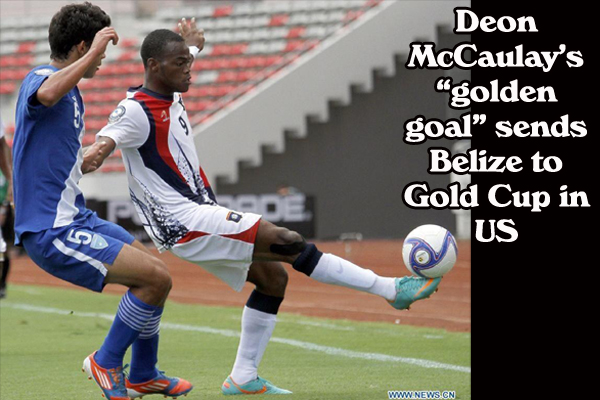 Belize won its first-ever game at the UNCAF Copa Centroamericana and grabbed the inside track on an automatic berth in the CONCACAF Gold Cup with a thrilling 2-1 victory over Nicaragua on Tuesday at the Estadio Nacional.

The scoreboard was opened against the run of play in the 29th minute, when midfielder Trevor Lennen ran onto a ball at the top of the box, and rifled a shot into the back of the net that Nicaraguan goalkeeper Denis Espinoza could do little about.

Nicaragua continued to press, but it was Belize that nearly extended its lead two minutes before the half. Harrison Roches shot strongly from the top of the box, but his drive was denied by a diving Espinoza, and Lennen’s follow up shot rolled just wide of the Nicaraguan goal, sending the game to halftime with Belize up one.

In the second half, Nicaragua upped the pressure even more, pushing for the tying goal that would keep its quest alive to qualify for the Gold Cup. But they were denied time and time again by Belize’s superb goalkeeper Woodrow West.

The stage was set for a dramatic finish, and it wasn’t until the 85th minute that Nicaragua finally broke through.

A long ball was settled skillfully in the box by Felix Rodriguez, who cut back for Elvis Figueroa. The 24-year-old pounced on the bounding ball and slammed the equalizer past West.

The game went to stoppage time and looked headed for a draw, until Belizean forward Deon McCaulay caught up to a hopeful long ball up the middle and tapped past a sprawling Espinoza to give Belize the lead and, as time was signaled, the victory.

The victory was Belize’s first in the competition after 23 games. Nicaragua’s defeat extended its Copa winless streak to seven and eliminated it from contention.

Belize is now second in Group A on four points, two ahead of Guatemala. The Chapines will face first-place Costa Rica later in the evening. If Guatemala fails to beat Costa Rica, Belize will qualify for its first-ever Gold Cup.