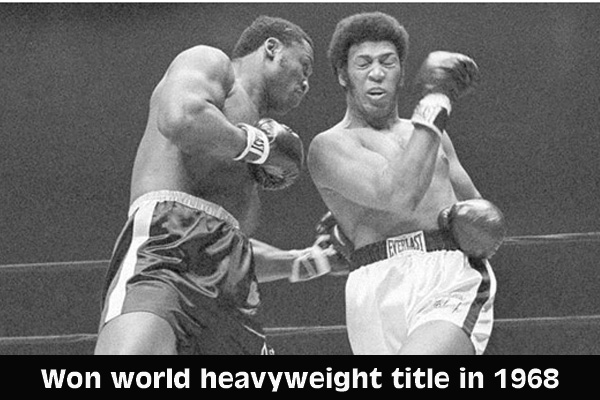 By way of introduction, we preview Mr. Yorke’s article with portions of an email received by our sports desk today from Belize boxing announcer Leonard Ysaguirre, who made the article available to us.

Ysaguirre: As you know, James Adderley and myself have been involved in a marginal fashion in reviving boxing in Belize. An offshoot of this involvement is a relationship formed with Mr. Roland Yorke, the Belizean Consulate to Los Angeles, who himself is an avid boxing fan. He is enthused with the effort being made here in Belize and has supported by securing donations for equipment which he is shipping to Belize. I will provide a list of these equipment and a date for their consignment to Smart and Lions Den boxing gyms.

More immediately, Mr. Yorke would like to have an article (attached) published which he wrote on Rudolph Bent. Bent and Ludrick Lightburn were probably Belize‘s most accomplished fighters. This article was prompted by the announcement of the demise of Jimmy Ellis, a former Muhammad Ali contender. Bent fought Ellis, Robinson and several high ranking international boxers of varying weight classes.

Please assist Mr. Yorke in having this article published locally, as he would like to inform Belizeans regarding Bent‘s accomplishments. A trip down memory lane for him, new information for local fans…

Having read about the passing of one time Heavyweight Boxing Champion of the world Jimmy Ellis, I recalled reading of Belizean Middleweight boxer Rudolph Bent, fighting Ellis. In my research I discovered that Bent not only fought Jimmy Ellis on June 7, 1962, at Freedom Hall State Fairground in Louisville, Kentucky, he also went on to fight several world ranked contenders in various divisions.

For example, after fighting high ranking George Benton in April 1962, he fought Curtis Cokes a month later in Dallas, Texas. Cokes went on to hold the Welterweight Belt for many years. It was less than a month after losing to Cokes that he fought Ellis. We can all recall his fight against Gomeo Brennan in Belize in April of 1965. From Brennan to Robinson in October of 1965; you are correct in assuming world renowned Sugar Ray Robinson. It took place at Community Arena in Steubenville Ohio.

His first fight in 1966 was against highly ranked Art Hernandez, followed by Jimmy McDermmott three consecutive times in December of 1966, June of 1967 and again in November of 1967, all in Portland Maine. The last world ranked contender he fought was Frank De Paula in Scranton, Pennsylvania.

It is interesting to note that even though Bent lost every fight to world ranked boxers, he certainly had a great deal of courage to enter the ring against them. Records indicate that at the local level Bent fought Jimmy Pollard, Eric Smith, Norman Lewis and Walcott Bennett, all in 1952.

In 1953, Bent started the year fighting Bennett for a second time. He then took on George Myvett (Lee George), Herbert Miller (Brukhan) and Black Bill. Still fighting in Belize in 1954 and 1955, Bent got in the ring against Lefty Satan Flynn in October and November, then closing out 1954 against Howard Panta Williams. He went on to Jamaica in 1955 after fighting Wilfredo “Shubu” Brown.

According to the records, Rudolph Bent closed out his professional career by fighting Tommy Dragon on September 25, 1972 in Providence, Road Island.

One wonders what his thoughts were before and after fights with Jimmy Ellis, Sugar Ray Robinson, George Benton, Curtis Cokes, and Lee George Myvett.

Below is the obituary for Jimmy Ellis, which was the inspiration for my research on Belizean Boxer Rudolf Bent, who in his time, fought against some of the biggest names in boxing.

Jimmy Ellis, 74, who beat Jerry Quarry to become World Boxing Assn. heavyweight champion in 1968 and fought the era’s best fighters including his friend, Muhammad Ali, died Tuesday at a hospital in Louisville, Ky., according to his son, Jeff. He had suffered from dementia for more than a decade.

Ali’s former sparring partner and a fellow Kentuckian, Ellis was among a group of boxers who traded title belts during one of the heavyweight division’s most celebrated eras. After winning a 15-round majority decision over Quarry in Oakland, Ellis defended the belt later that year in Stockholm against two-time champion Floyd Patterson in a fight that he also won on points.
Ellis won the WBA belt that Ali held until the latter was stripped of his titles for refusing induction into the U.S. Army during the Vietnam War. Ellis, who was 6 feet 1 and 197 pounds when he took the crown, won 40 bouts, 24 by knockouts, and lost 12 in his professional boxing career.

He was WBA champion until Joe Frazier defeated him in February 1970 at Madison Square Garden in New York. In that fight, Frazier knocked him down twice in the fourth round, and Ellis didn’t come out of his corner for the fifth.

James Albert Ellis was born Feb. 24, 1940, in Louisville, the son of Baptist minister Walter Ellis and his wife, Elizabeth, who raised the family’s nine children.

Ellis began his boxing career at the Columbia Gym in Louisville, where he was trained by police officer Joe Martin, who was credited with spotting Ali’s talent years earlier. Ali and Ellis later shared the renowned trainer Angelo Dundee.