Belizean kidnapped with 43 others in Mexico 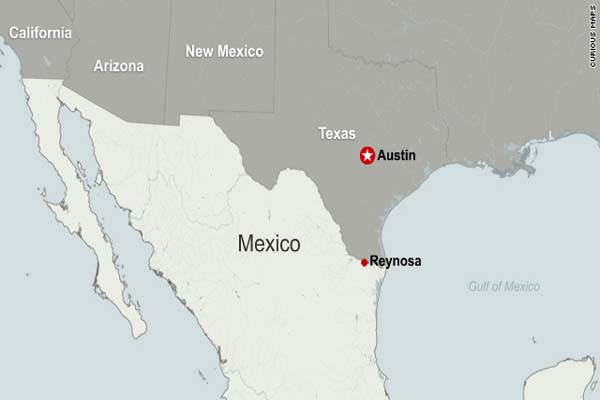 Mexico’s National Security Commission reported on Friday that they had rescued 44 people who were kidnapped from a bus terminal in Reynosa Mexico, at the US border—among them a Belizean national whose name has yet to be released.

Amandala contacted the Mexican Embassy in Belize, Belize Police and the Ministry of Foreign Affairs for more details, but none of them was able to provide us any.

In a press release, Mexican authorities report that the persons, who were tricked into thinking they were being taken to a safe house, were being held hostage inside a home at Reynosa, Tamaulipas, while their captors tried to negotiate money from their relatives for their release.

However, police on patrol in the area were alerted to the situation by a woman who began screaming for help.

Federal police surrounded the house, where 27 Mexicans, 14 Hondurans, including 5 minors, 1 Salvadoran, 1 Guatemalan and 1 Belizean, had been detained.

Mass kidnappings at bus terminals of people, many of whom are believed to be illegal migrants trying to get into the US, are reportedly common in that part of Mexico.

CNN had reported that in July 2013, 81 migrants, who were trying to enter the US illegally had been held captive in a house in the border city of Reynosa. They were similarly rescued by Mexican authorities.

There have been other incidences where mass graves were discovered in the area.

Introduction The current novel coronavirus (COVID-19) crisis which originated in China, and which has severely disrupted China-centric value and supply chains, has laid bare the...
Read more
- Advertisment -